VIDEO — Corsairs Turn on the Style in Overtime »

File photo – The McKinleyville Panthers got the better of St. Bernard’s on Saturday night.

Senior Hailee Henry had a double-double to lead the McKinleyville Panthers to a 52-48 win at St. Bernard’s in girls basketball on Saturday night.

Henry scored a team-high 14 points and was 7 of 11 from the field, as well as finishing with 12 rebounds, four steals and four blocked shots for an outstanding all-around performance.

Sophomore Kathryn Tinney added 12 points in the win, as the Panthers improved to 5-11 and ended a four-game losing skid.

Freshman Saulele Tanuvasa had another big game with 26 points for the 12-5 Crusaders, who rallied late but were unable to completely close the gap, while Mackenzie Finck added seven points and Josie Peterson six.

The South Fork girls ended a four-game losing skid with a seven-point win at home to Round Valley on Saturday.

Kaylie Valk scored a game-high 24 points and had seven rebounds for the Cubs, who improved to 7-9 and responded well after Thursday night’s league-opening loss against Ferndale.

Macy Yarbrough also had a big game in the win, finishing with 13 points and four steals, while Kaylee Cotter scored 11 points and Michaela Mcmahan nine.

“It was a team effort, like usual,” head coach Chris Contreras said.

The Wildcats won their second game in two days on Saturday afternoon, getting the better of Calistoga at Ferndale.

Emmitt Albee scored a team-high 11 points in the win, as Ferndale improved to 12-4, while teammates Tristen Martin and Jenner Christiansen each scored nine.

Christiansen and Javier Lopez each scored a team-high 18 points in that win.

The Cats, who have now won six of their last seven games, will host Eureka on Monday night before opening league play at South Fork on Wednesday.

Less than 24 hours after their big comeback win over Hoopa, the Crusaders comfortably took care of business at home to Archbishop Hanna on Saturday evening.

“The boys executed everything very well, and after coming off last night’s game still showed a lot of energy and a lot of heart,” head coach Steve Thrap said.

Lane Thrap led the team with 15 points in the win, while teammate Remy Campbell finished with 13 points and Jake Fairfield and Bode Joyner 10 each.

The win was the third straight for the 8-5 Crusaders, who will host Fortuna on Monday night. 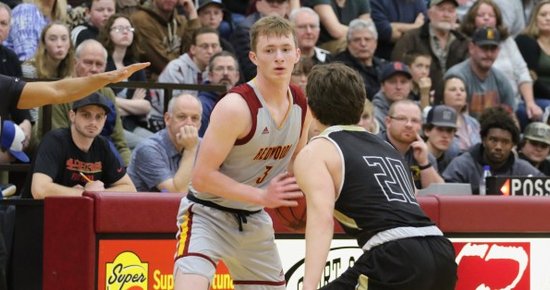 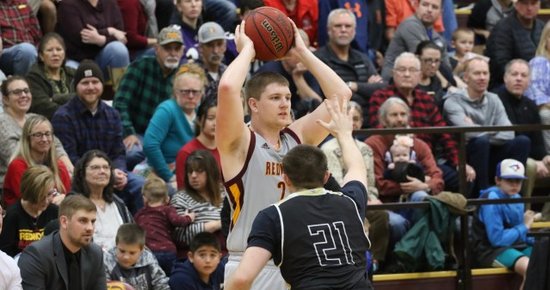 VIDEO — Corsairs Turn on the Style in Overtime