MONDAYS WITH MICHAELE: Our Balancing Act » 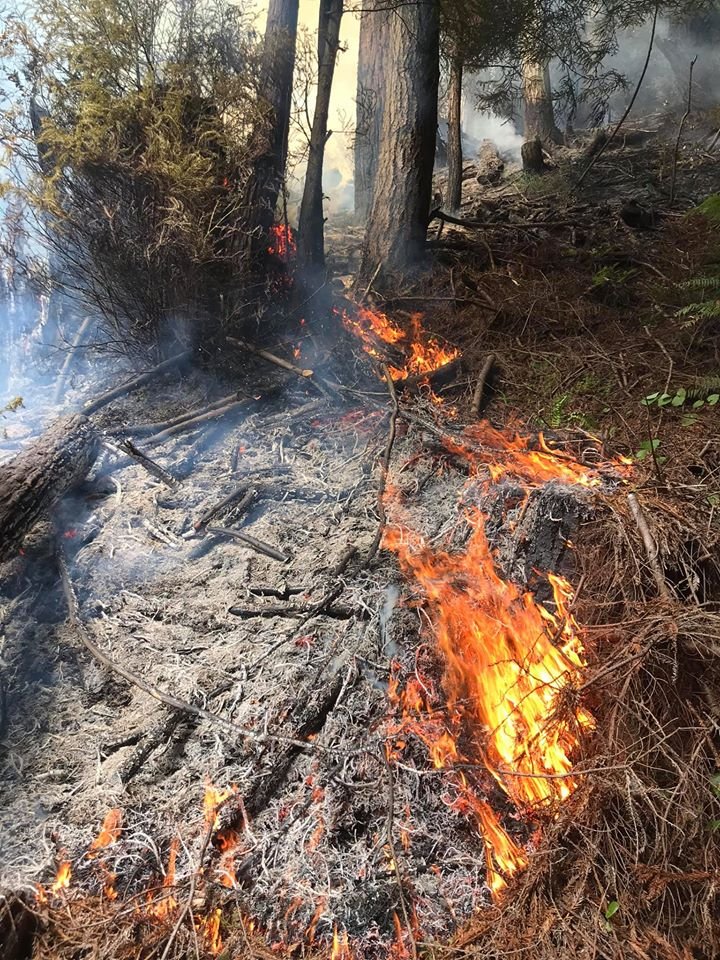 Photos of today’s wildfire provided by the Arcata Fire District.

Wildland fire season is off to an early start!

Today’s fire occurred in the Fickle Hill area on Del Mar Vista Road. The fire burned less than a half acre in extremely steep and rugged terrain. No structures were lost.

The cause is under investigation. Arcata, Blue Lake, Fieldbrook, Humboldt Bay, & CAL FIRE were all on scene for 3 hours putting in work.

The fire was contained in an hour with an additional two hours of mop up. Special thanks to High Rock Crew 5 for putting a containment line around the fire.