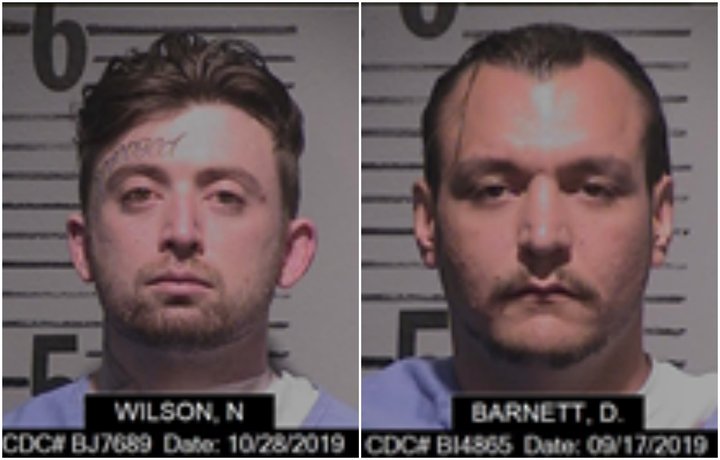 During an inmate count at around 9:45 p.m. on March 27, 2020, staff discovered inmate Derek Barnett, 29 and Noah Wilson, 28 were not in their assigned bunks. A search of the camp buildings and grounds was immediately conducted. The men were last seen at approximately 8:30 p.m. Both were wearing grey sweat shirts, grey sweat pants and white tennis shoes.

CDCR’s Office of Correctional Safety, CAL FIRE, the California Highway Patrol and local law enforcement agencies have been notified and are assisting in the search.

Barnett is a white male, 5 feet 10 inches tall, weighing 272 pounds with brown eyes, black hair, a mustache and goatee. He was received by Placer County on Feb. 7 2019, from Placer County, sentenced to four and eight months for possession of a firearm and vehicle theft. He was scheduled to parole in December 2020.

Anyone who sees Barnett or Wilson should contact 911 or law enforcement authorities immediately. Anyone having information about or knowledge of the location of Barnett or Wilson should contact the CCC Watch Commander at (530) 257-2181, extension 4173.
Since 1977, 99 percent of all offenders who have left an adult institution, camp or community-based program without permission have been apprehended.