« ‘Totally Inadequate’: Most Californians in Wildfire-Prone Counties Aren’t Signed Up for Emergency Alerts

HSU President Tom Jackson Suffers the Loss of His Son » 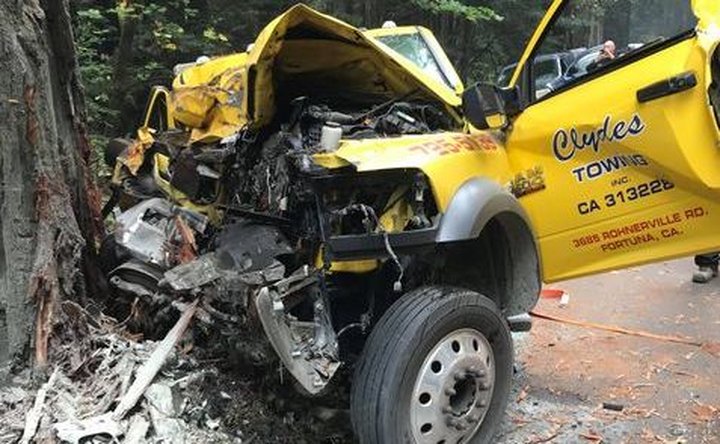 Photos of the scene of the crash provided by reader Dray Peralta.

On 10-06-2020, at approximately 1:35 p.m., Humboldt Area CHP responded to a single-vehicle collision on State Route 36 east of Riverside Park Drive.

For unknown reasons, Mr. Mangin allowed the truck to travel off the north side of the road and collide with a large tree. Mr. Mangin suffered major injuries as a result of this collision.

Emergency medical personnel responded to the scene and subsequently transported Mr. Mangin to St. Joseph Hospital for treatment of his injuries. Impairment is not considered a factor in this collision.

The CHP Humboldt Area Office is continuing its investigation into this collision and asks anyone with information to contact the Humboldt Area CHP Office at 707-822-5981 or send an email to humboldt_area.humboldt_area@chp.ca.gov.