Sheriff Honsal on Dr. Frankovich Resignation: A ‘Great Loss to Our County’ »

Five members of the Humboldt Highlanders Pipe Band gathered in front of the Eureka Veterans Memorial Building on Wednesday to remember the anniversary of Japan’s formal surrender to the United States aboard the USS Missouri which ended World War II 75 years ago.

“We wanted to thank our World War II veterans, some of whom are still around,” said band snare drummer Andrew Endsley, who noted that his group also gathered last year to commemorate 100 years since the ending of World War I.

Hear the Highlanders’ version of “At Long Last” above. 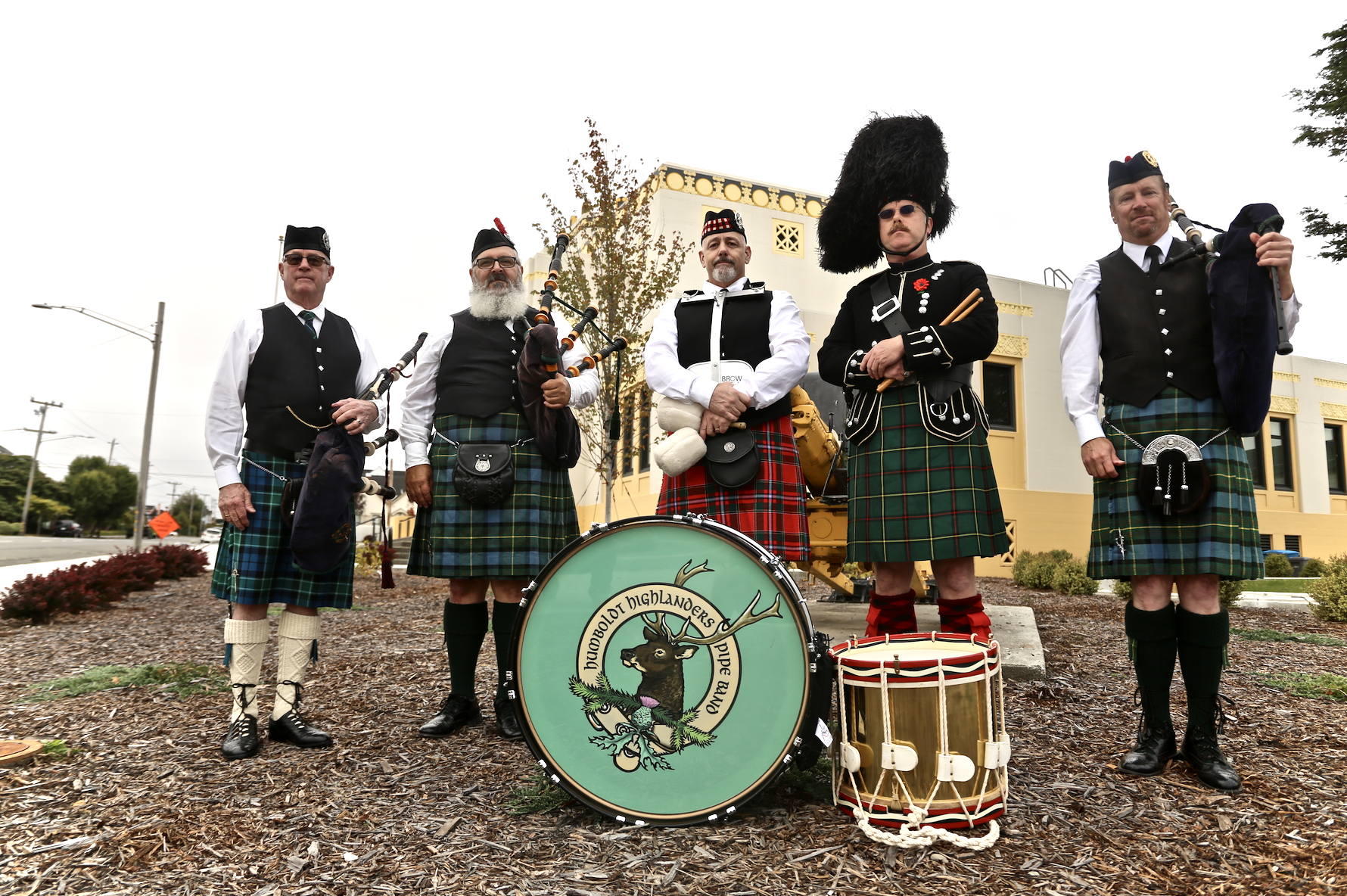