MONDAYS WITH MICHAELE: Be Our Damp Valentine » 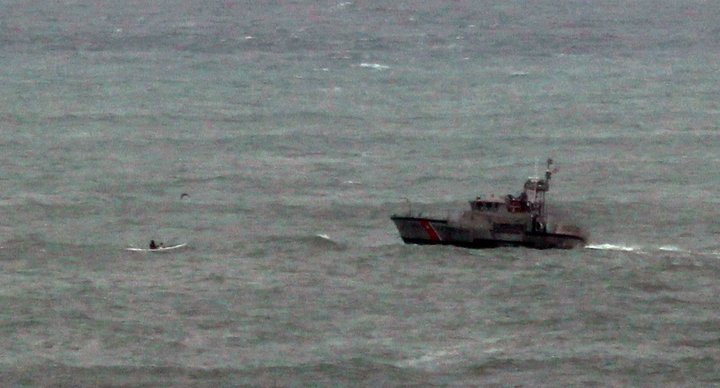 Photos of the rescue by Erik Fraser.

USCG Petty Officer Mitchell Amort told the Outpost that the kayakers became distressed after their kayaks began to take on water at approximately 10 a.m.

“Our Coast Guard helicopter crew was already airborne for training,” Amort said. “We were able to divert them and get on scene with the kayakers in 20 minutes.”

The two distressed kayakers were flown to Station Humboldt Bay and are reported to be in good health thanks to their high-quality wetsuits. Two additional kayakers from the group were picked up by a USCG motor lifeboat as a precaution.