Man Arrested for DUI in McKinleyville After Chase Results in Collision With Patrol Vehicle, Says HCSO » 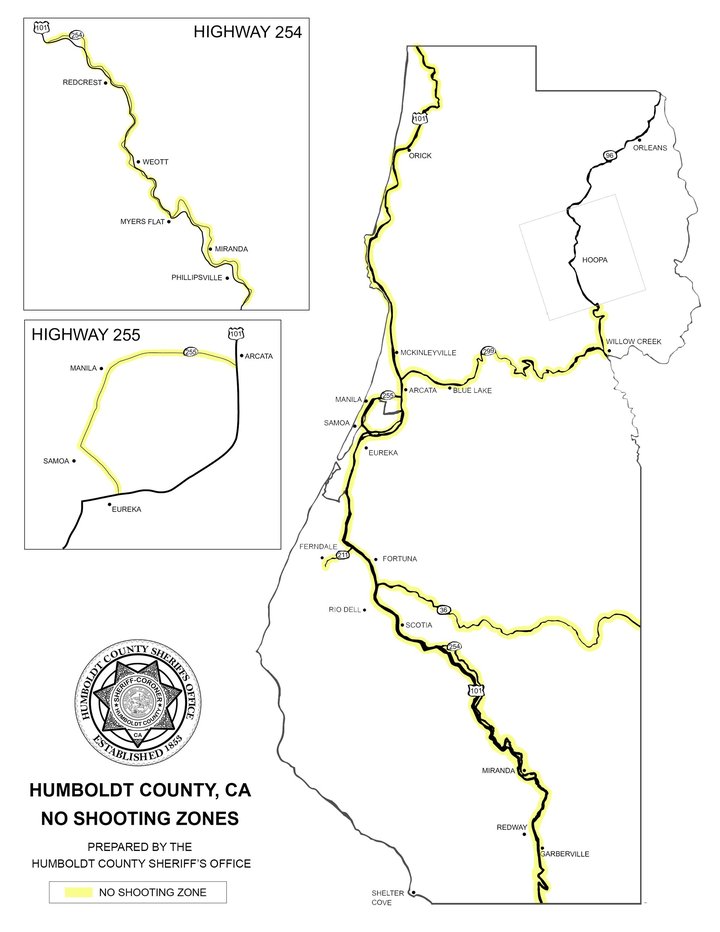 A map of Humboldt’s “No Shooting Zones.” | HCSO

The Humboldt County Sheriff’s Office has received an increased number of reports regarding unsafe target shooting on the Eel River bar near Fernbridge putting residents and livestock at risk.

The Sheriff’s Office reminds the public that pursuant to Humboldt County Code Section 915.5, target shooting with firearms is prohibited on the Eel River bar at/near Fernbridge.

Humboldt County Code prohibits target shooting with firearms in a public place within one-half mile of any state highway (915.5-6). Additionally, areas utilized for target shooting must have a 20-foot-tall backdrop of earth behind the target (915.5-8).

The Eel River bar near Fernbridge is within one-half mile of a state highway and does not have the required safe shooting backdrop, therefore, it is unlawful under County Code to conduct target shooting in that area. Violation of this code is a misdemeanor, punishable by a fine of up to $1,000, imprisonment, or both (915.5-9).

Additional locations prohibiting the discharge of firearms can be reviewed here: https://humboldt.county.codes/Code/915