Deputies Arrest Suspect in Series of Burglaries of Gas, Tools at County Facility in SoHum » 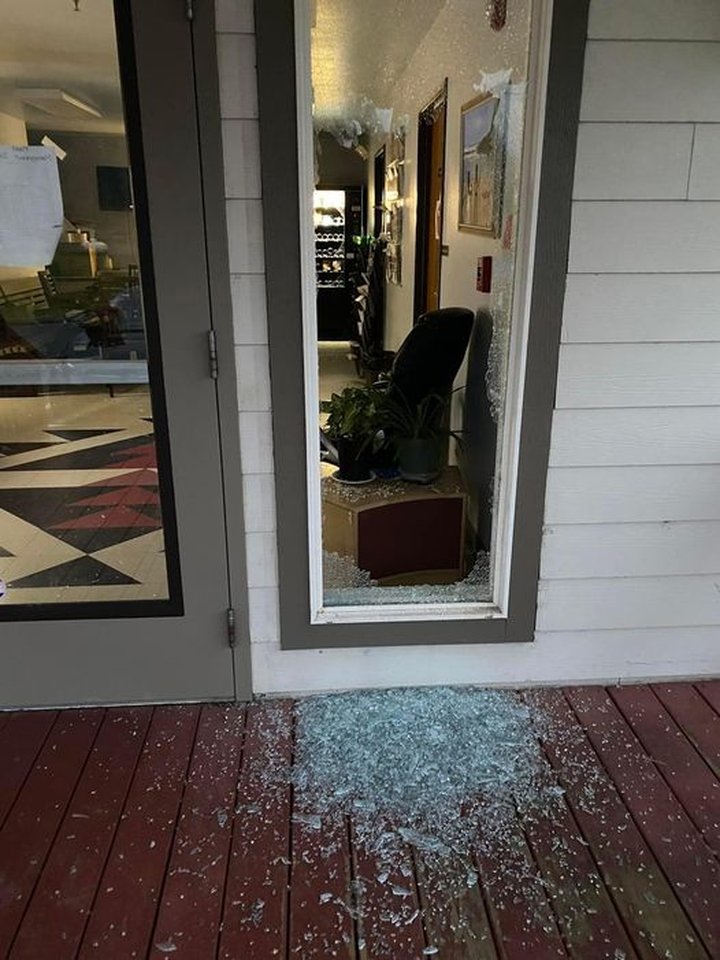 The scene of the burglary. | Photo provided by HVTPD.

A 38-year-old Hoopa man was arrested for felony vandalism and burglary after the suspect allegedly broke into a Hoopa Valley Tribe children’s learning center to steal snacks from a vending machine.

Officers were unable to find the suspect on scene, but discovered that one of the building’s windows had been smashed. A vending machine inside the learning center also appeared to be vandalized and ransacked of most of its snacks. No other items were reported stolen from the facility.

Upon reviewing security footage, Buckman said that officers identified the burglary suspect as Carlyle Colegrove. That afternoon officers located the suspect and made the arrest.

“We saw the suspect walking with items stolen out of the vending machine,” Buckman said. “He was wearing the same clothing as the video.”

“Some felonies meet the criteria for an inmate to be released on their own recognizance (OR),” Karges said. “When that is the case, the inmate will be booked and then OR’ed — released with a court date. If a law enforcement officer is bringing an inmate from far away, such as Hoopa, the officer will often call the jail to let them know. Jail staff will advise the officer whether or not the inmate will be held, or just booked and released. This saves the officer from being taken away from their beat area for several hours when the inmate is just going to be released anyway after they are processed.”

Colegrove was cited for the crimes and released from custody in Hoopa.