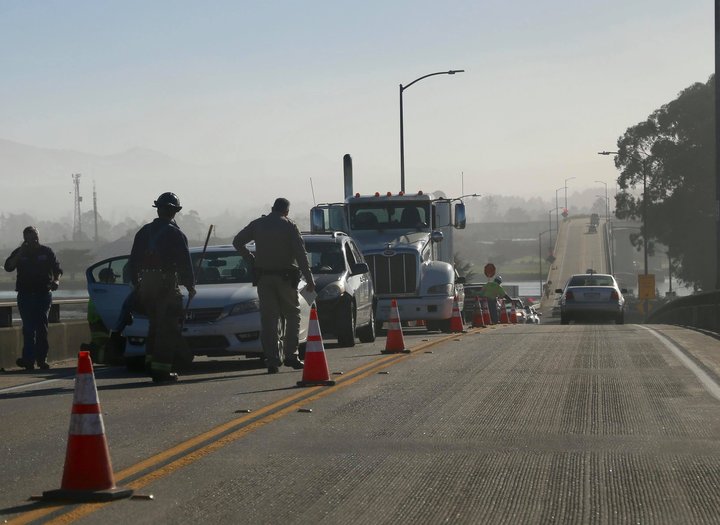 Photo of the scene by Andrew Goff.

An injury traffic collision between two cars and and a semi-truck has shut down the Westbound lane of Samoa Bridge.

According to the CHP incident report, paramedics were dispatched to Highway 255 shortly after 10:50 a.m..

Outpost reporter Andrew Goff reports from the scene that the crash looks like a fender bender, but that traffic is slow in the area.