50th Anniversary of ‘Night of The Living Dead’ 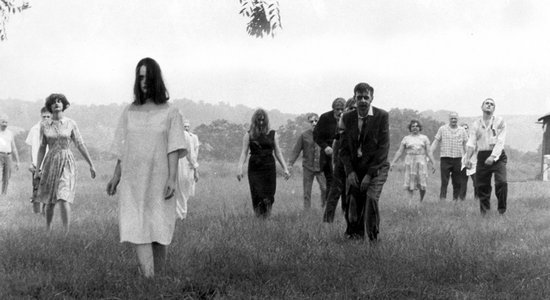 FREE screening of the new 4K digital restoration supervised by the late director George A. Romero, with a $5 minimum purchase of drinks or food from the bar. Originally released October 1st, 1968, Romero’s shoestring-budget masterpiece of social commentary horror became one of the most influential films of all time. A deceptively simple tale of a group of strangers trapped in a farmhouse who find themselves fending off a horde of the recently dead, Romero’s claustrophobic vision of a late-1960s America literally tearing itself apart rewrote the rules of the horror genre, combined scares with acute social commentary, and quietly broke ground by casting a black actor in its lead role. Stark, haunting, and more relevant than ever, ‘Night of the Living Dead’ was recently restored by the Museum of Modern Art. We will be screening the whole trilogy this week, see our website for more showtimes!