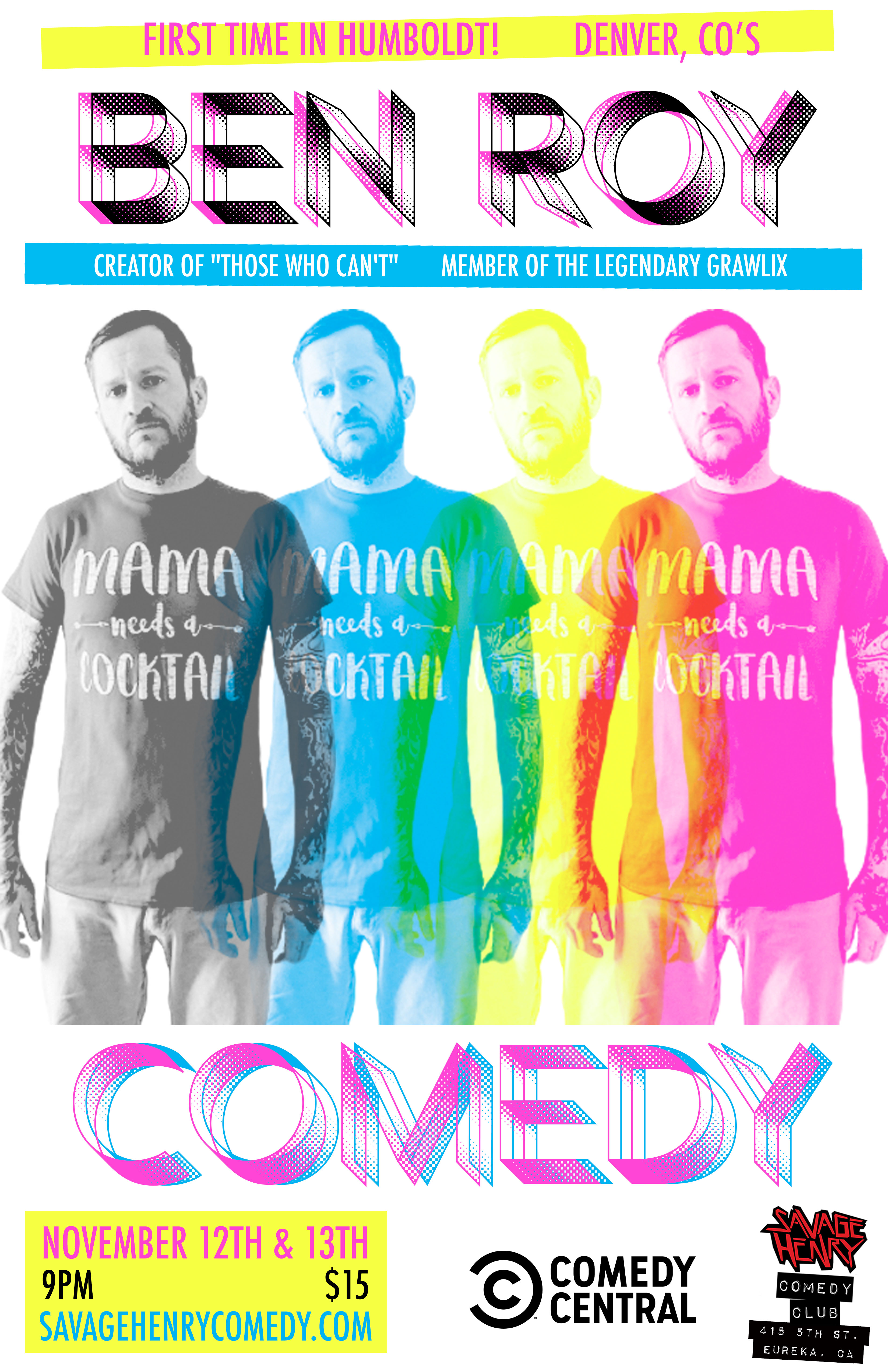 A Comedian and musician originally from Winthrop, Maine, who now lives in Denver, Colorado. Heavily tattooed, and known for his “spittle-flecked rants” on stage, Roy has been compared to Bill Hicks and Lewis Black. Roy is a member of The Grawlix, a trio of Denver comedians who produce a monthly live comedy show and web series. He stars on the TruTV show Those Who Can’t. He is also a singer who has fronted several Denver-area punk rock bands.