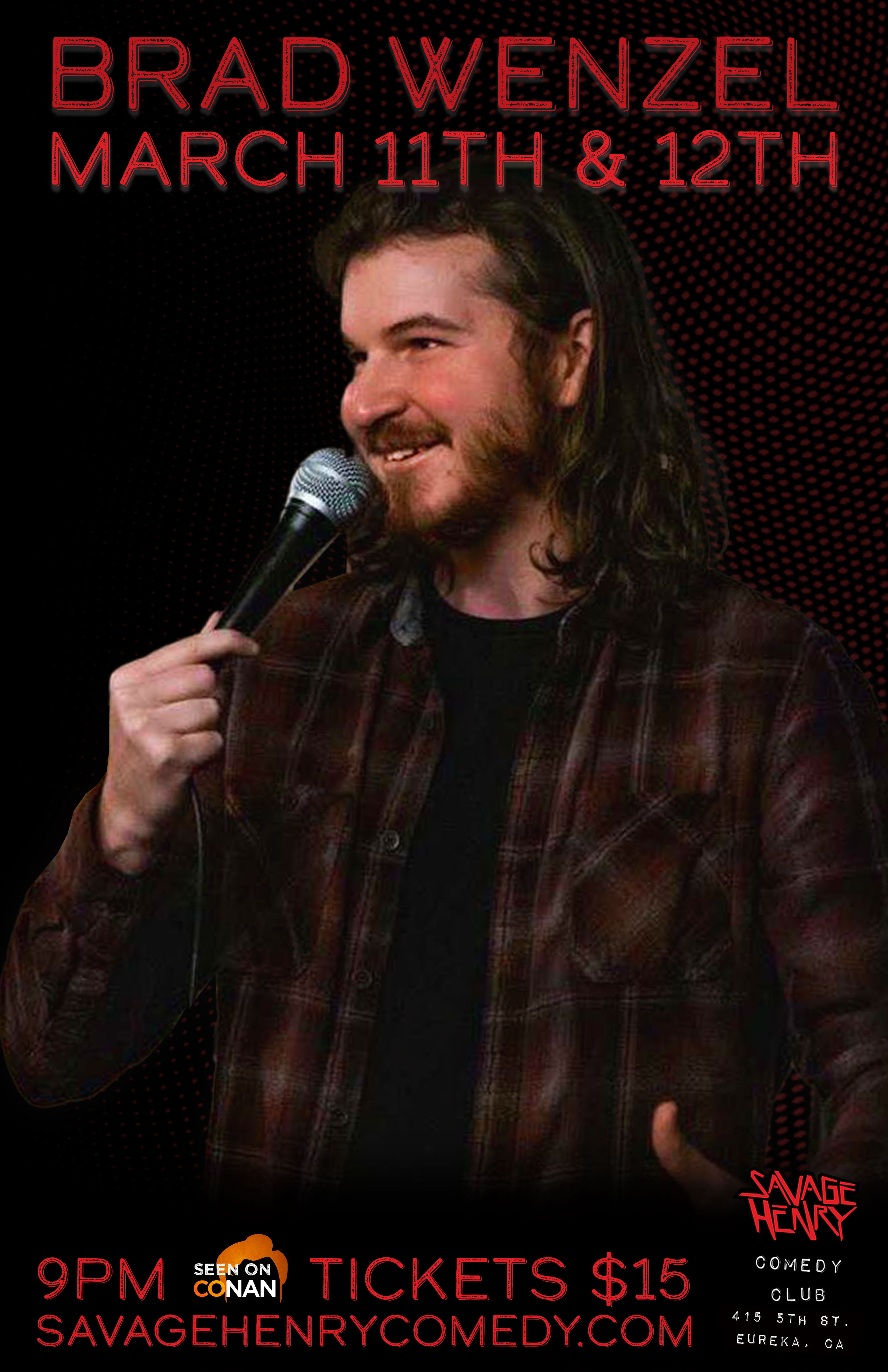 Brad Wenzel is most known for his non sequitur style of joke telling. His offbeat one-liners, dry delivery, and unassuming presence are what set him apart from other comedians. A product of the Detroit comedy scene and now residing in Los Angeles, Brad has made 3 stand-up appearances on CONAN. Brad’s debut album Sweet Nothings was released on Jack White’s label, Third Man Records and can be heard on Sirius XM. Other credits include: first place at the Great American Comedy Festival, “New Faces” at the Montreal Just For Laughs Festival, and Bob & Tom.