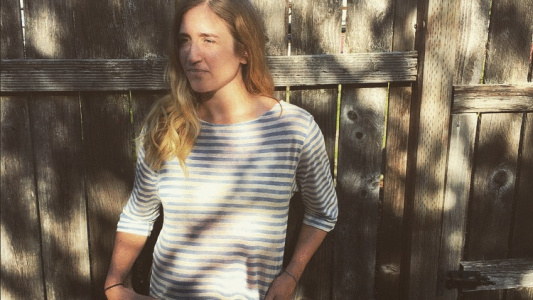 Doors at 7:30 p.m., concert at 8:00 p.m. $10 - $25 suggested donation Songwriter, producer, and artist Eleanor Murray has spent the past twelve years creating and recording music out of the Pacific Northwest. With her new album, Compass, Murray has created a nuanced meditation on learning to embrace impermanence that’s as celebratory as it is cathartic. Her songs are often structurally complicated, while also sparse and open, full of warmth and light. Her chord progressions, rhythms and melodies draw as much from Appalachia as they do from jazz. Her lyrics are as cryptic as they are simple and straightforward. Each album’s sonic landscape is completely its own. Her music has spanned from sweet folk ballads to raucous marches. It’s the sound of a sincere artist ever-evolving, never slowing down, always growing. Website: https://www.eleanormurray.com/ Her fifth full-length solo album Compass was written, recorded, and produced by Murray at her home in Olympia, Washington. From the melancholy synth in tracks such as “I’m All In,” to the lifting piano of songs like “My Rebellion,” Murray reveals her multi-instrumentalist talent, further including percussion, electronic elements, and her abiding guitar. The album also features Patrick Murray on flute and Ronnie Kuller on violin in the exhilarating “This Grand Table.” Compass sees Eleanor Murray delivering an album that feels both intimate and wide in scope, with an enlivening range of sonic elements that swing between points of soaring clarity and somber reflection. Guided by lyrics exploring the ever-alternating journey of being lost and found within states of uncertainty, the album’s tonal movement mirrors the continuous shifting of nature in and out of light. Compass is an album to let consume you, to commiserate with one moment and step earnestly into blank slates with the next.