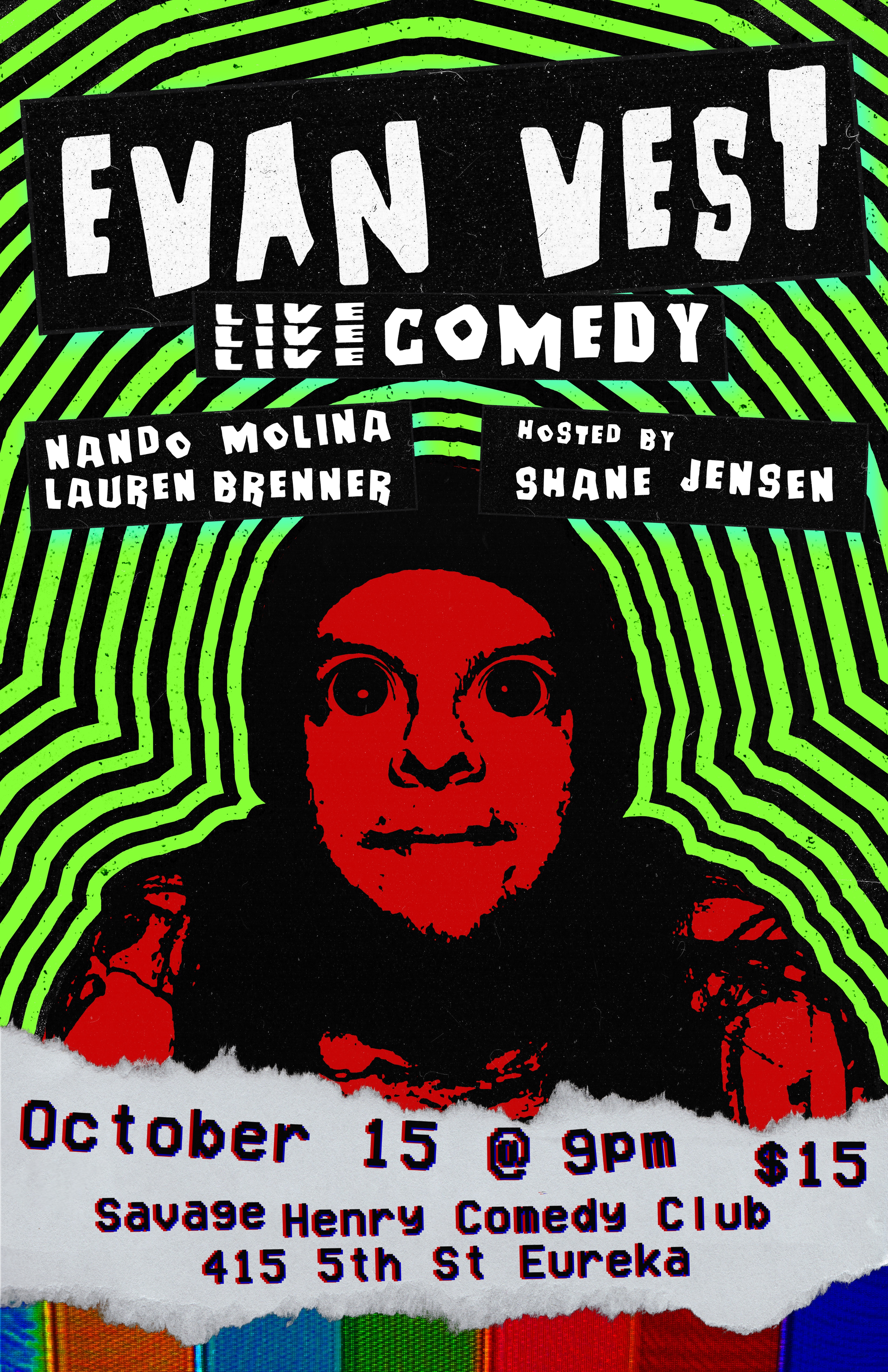 Evan Vest is a comedian and writer based out of Humboldt County, California. His surreal, party -style of Comedy has entertained audiences at The Savage Henry Comedy Festival and he is a regular performer at Savage Henry Comedy Club in Eureka, CA. Hen has also appeared on the world famous Kill Tony podcast Featuring Nando Molina and Lauren Brenner hosted by Shane Jensen.