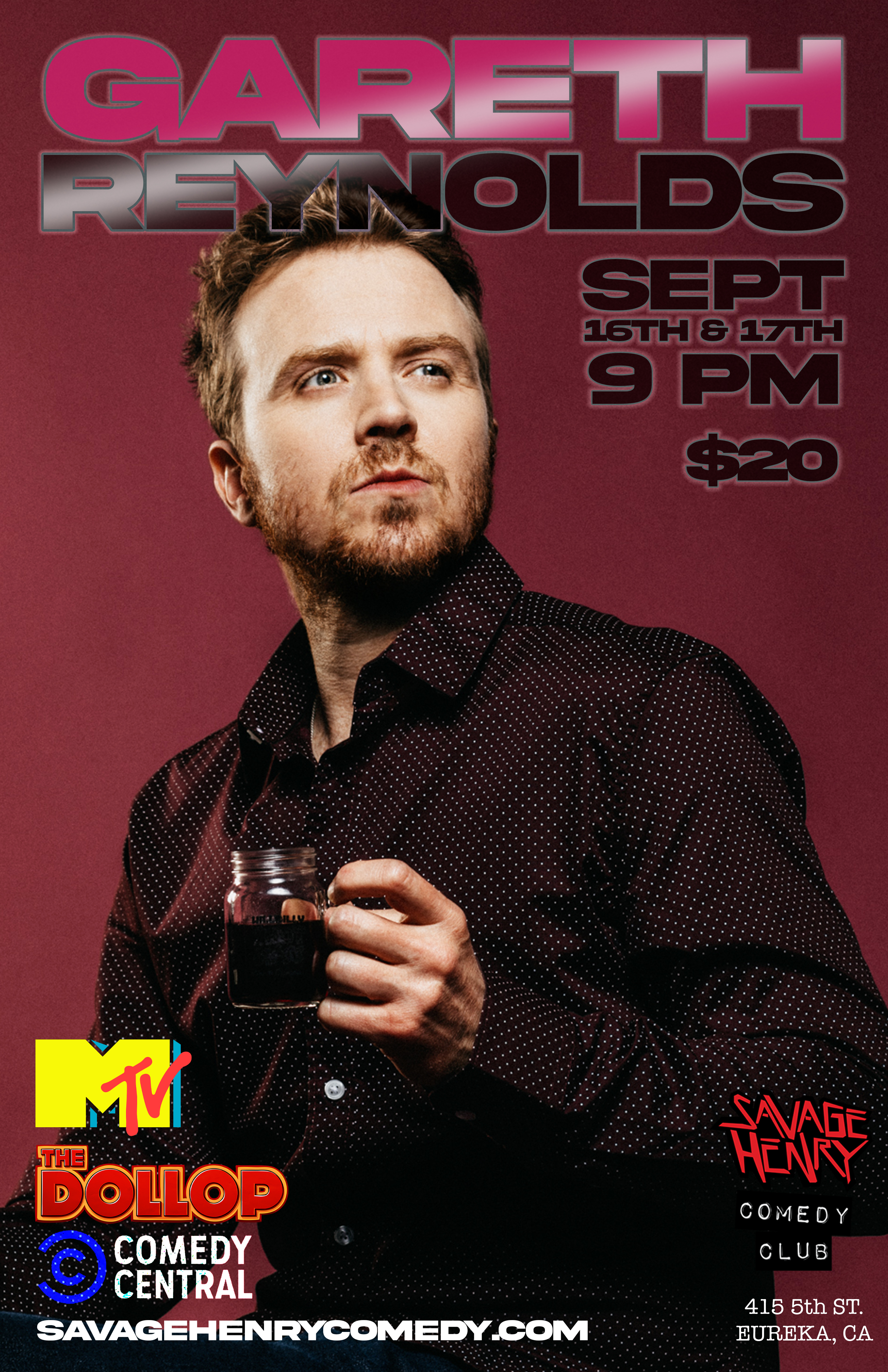 GARETH REYNOLDS is an internationally touring Stand-up Comedian whose brilliantly clever quips perfectly offset Dave Anthony’s hilarious snark on their smash-hit podcast THE DOLLOP which garners over 5 Million downloads every month. His much anticipated debut album Riddled With Disease was released in December of 2019 and remained at #1 on the Billboard charts well into 2020. Gareth has written on ARRESTED DEVELOPMENT, FLAKED and HOOPS for NETFLIX as well as YOU’RE THE WORST on FX and I’M SORRY for truTV. Previous to that he wrote on COMEDY CENTRAL sitcom IDIOTSITTER, took the lead on ABC show HAIL MARY and has been seen on IFC’s MARON. Originally hailing from the sweet streets of Milwaukee, Wisconsin; Gareth moved to Los Angeles where he began producing and writing his own material, eventually making shows at COMEDY CENTRAL, the TRAVEL CHANNEL, and MTV. He also has a cat named Jose.