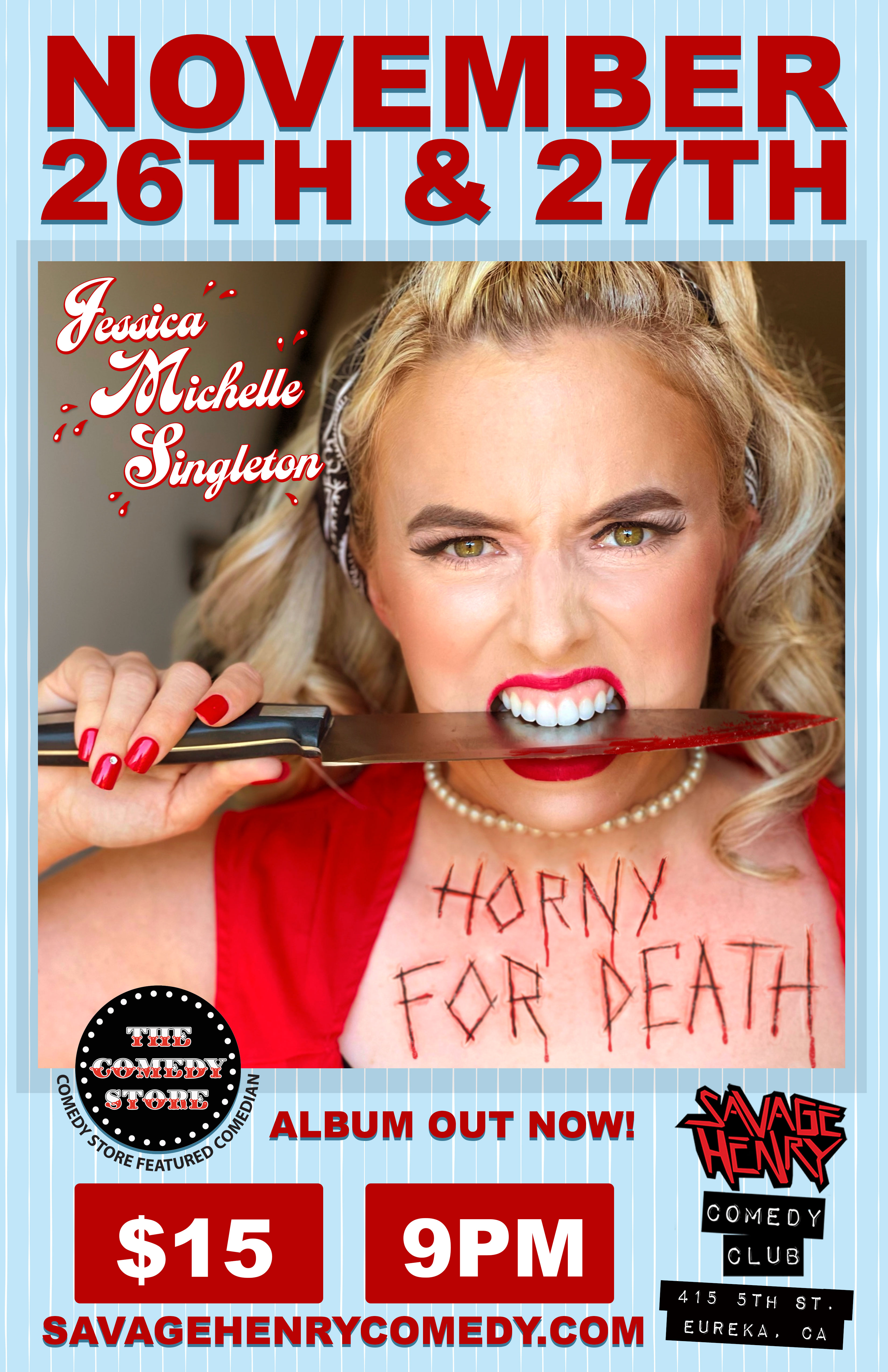 Internationally touring comedy phenom, Jessica Michelle Singleton has gained worldwide fans with her live headlining performances, which exploded after the release her debut comedy album “Please. Don’t. Leave. Me.” which reached #1 on iTunes ahead of veteran comedians such as Brian Regan and Jim Gaffigan. The album was considered for the “Best Comedy Album” Grammy. Most recently, JMS made her music debut when she wrote and released a country song that climbed the iTunes country charts all the way to the Top 40. She has be seen on Late Night with Lilly Singh and the Showtime docu-series, “The Comedy Store”. Just before the world shut down, she completed her second sold out European tour on the heels of the debut of her critically-acclaimed one woman show, “Codependent Arising”, (a hilariously unique and emotional immersive experience about her real life experience at a 10 day silent meditation) at the Edinburgh Fringe Festival. Jessica Michelle is a Paid Regular at The World Famous Comedy Store where she can be seen performing whenever she’s in town between touring and she’s the idiot host of the popular society & culture podcast, “Ignorance is #Blessed”. She is a recurring guest on The Stephanie Miller Show on Free Speech TV and Sirius XM. Her comedy can be heard regularly on Sirius XM’s Raw Dog Comedy Channel. JMS was the first English speaking female to perform at the prestigious Montreux Comedy Festival in Switzerland. From there, she was appointed their inaugural Ambassador for the U.S. & Canada for the #Jokenation International Showcase which launched in December 2015 and features comedy giants from all over the world. She was a top performer in the Cabo, Laughing Skull, Bridgetown, Great Plains, Crom, SLO and Johannesburg International Comedy Festivals among several others as well as a finalist on Comcast’s “Trial By Laughter” series. Jessica Michelle Singleton has a unique style of comedy which delivers in a stream of consciousness flow, combining introspective observations and vulnerable personal stories coupled with ideas from what some people refer to as a hyperactive, weird and slightly deranged imagination to make people laugh so hard they cry at things they didn’t even know they could smile about.