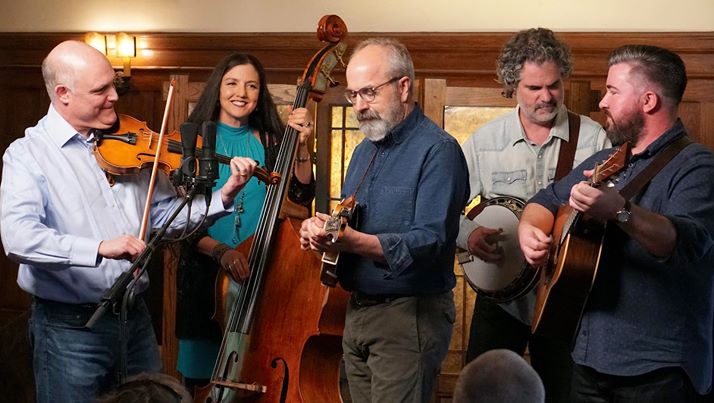 Proof of vaccination will be required for all attendees over the age of 5, and masks must be worn inside the venue. Like the powerful mandolinist and composer at its helm, John Reischman and the Jaybirds fashion a stylish take on bluegrass that seamlessly blends original songs and instrumentals with Appalachian old-time music for a truly unique band sound. Now in their 20th year, with seven acclaimed albums and two Juno nominations, the Jaybirds are simultaneously innovative and unadorned, sophisticated and stripped-down, happily old-fashioned and 21st-century contemporary. Bluegrass Unlimited calls John Reischman “one of the world’s undisputed masters” of the mandolin, famed for outstanding tone and taste. Many of his dozens of original instrumentals have become popular favourites for sessions and covers, such as the jam standard Saltspring. He has three critically-acclaimed solo instrumental albums and has recorded on many other projects, including the Grammy-winning True Life Blues: The Songs of Bill Monroe. John also plays Latin-based jazz and choro music with highly regarded finger-style acoustic guitarist/composer John Miller; the duo has released three superb albums.