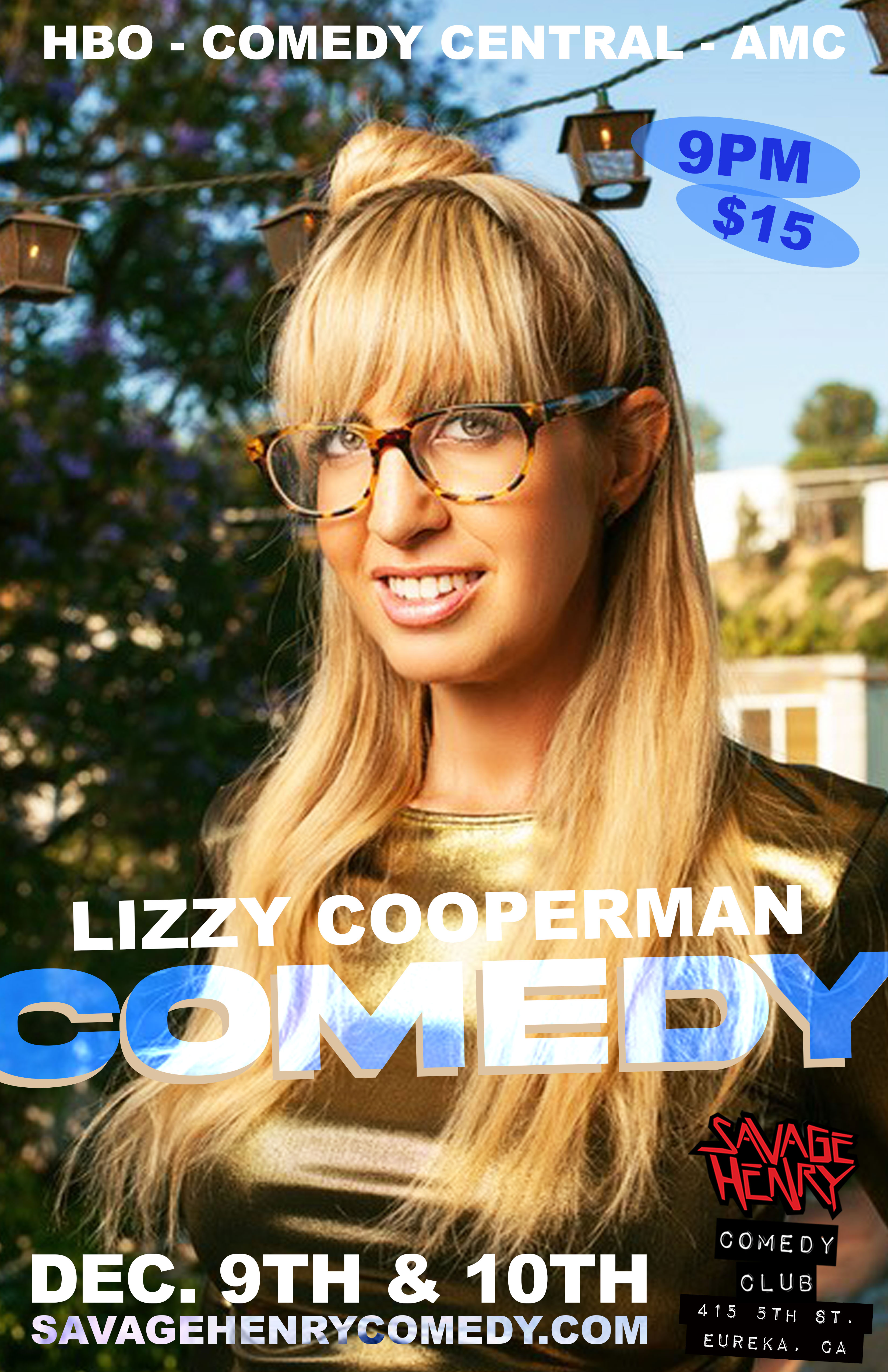 Lizzy was named one of TimeOut LA’s Comedians to Watch in 2018. She’s appeared on Lights Out with David Spade, Comedy Central’s Corporate, The Deadliest Chef, HBO’s Crashing, Kirby Jenner on Quibi, and has an upcoming role on AMC’s Send Help. She recently opened for Bikini Kill at The Greek Theatre and is the host of the brand new podcast Lizzy Cooperman’s In Your Hands, produced by Starburns Audio. She co-hosted Gunpowder & Sky’s That Detox Life and recently had the honor of paying tribute in PBS’s Monty Python: Best Bits Celebrated. She’s appeared on MTV, E! everyone’s favorite defunct fashion channel, The Style Network, and also did standup on The Late Late Show with Craig Ferguson. Her damaged yet optimistic tarot-reading character, Mountain Schwartz, has been featured regularly on Netflix Radio and has also appeared on Super Deluxe and Funny Or Die. She also played Marsha Tanley in the videos for Lord Huron’s album Vide Noir. She’s headlined at The New York Comedy Festival and Portland’s HahaHarvest Fest, and has been featured at Bentzen Ball, Politicon, Red Clay Comedy Festival, RIOT LA, Bridgetown Comedy Festival, and New Faces at JFL. Lizzy’s a poet whose work has appeared in Hotel Amerika and Harvard Review. She’s also written for several shows including We’ve Got Company!, Not Safe with Nikki Glaser, The Eric Andre Show,The Soup, TBD’s The Link, The Dish, Will From Home, Ryan Doesn’t Know, and a show that only aired in the Ukraine and Germany called Naked and Funny. She created an “avant-garde” film series on Instagram @avant_gram. Her debut album, Organism, has been featured on SiriusXM and is available on iTunes, Amazon, Spotify, and, lest we forget, Google Play.