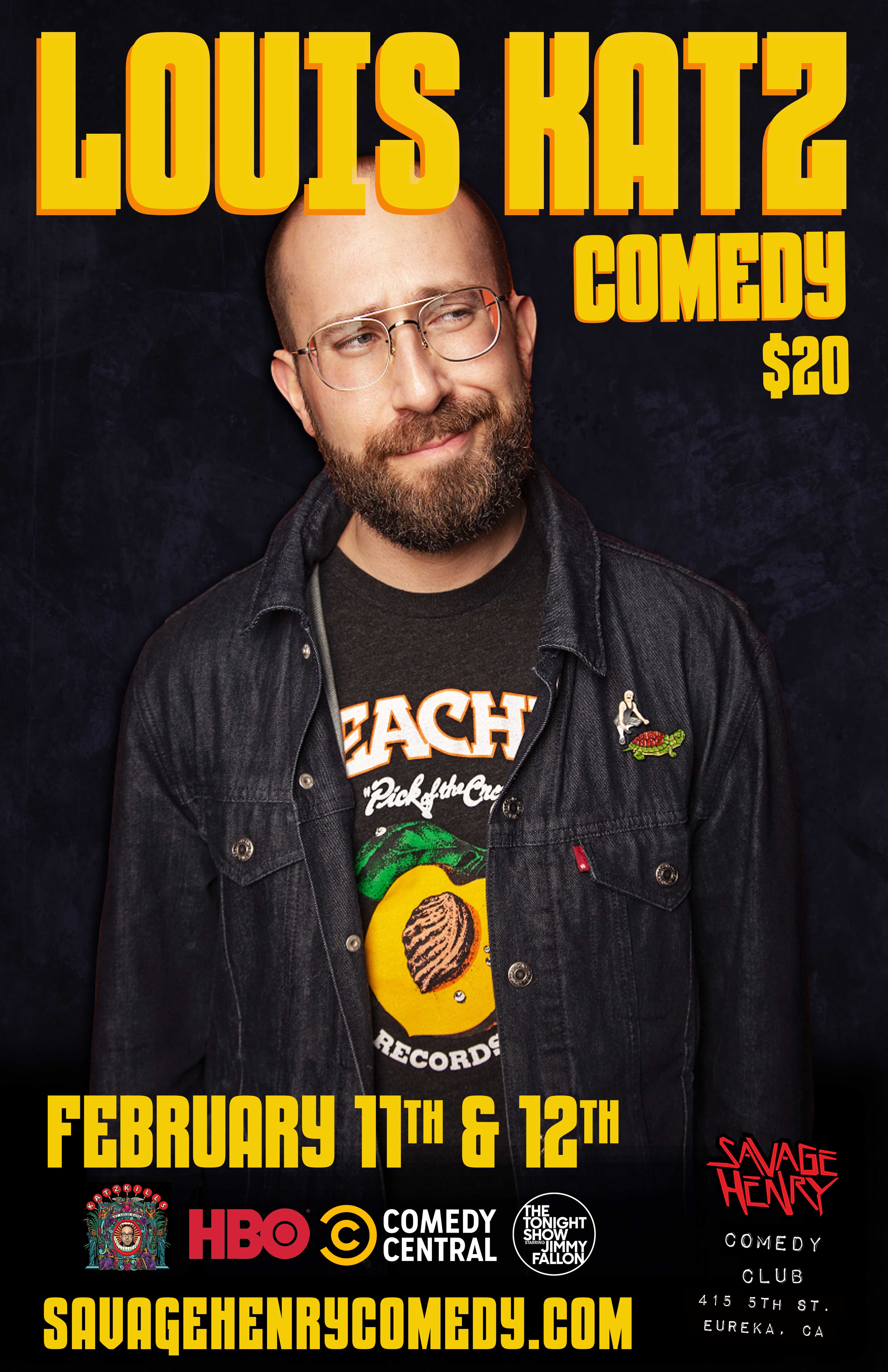 Louis Katz’s comedy deftly combines the highbrow and the lowbrow, creating a style that is truly unique. An internationally headlining comedian, Louis’ numerous television appearances include NBC’s “Late Night with Jimmy Fallon,” HBO’s “Down & Dirty with Jim Norton,” and most recently, Comedy Central’s “This Is Not Happening.” His own half-hour stand-up special also aired on Comedy Central, and coincided with the release of his debut comedy album, “If These Balls Could Talk,” on Comedy Central Records. His latest album, “KATZKILLS,” was released in 2018 on 800 Pound Gorilla Records. Louis was also a regularly featured writer/correspondent on FX’s “Totally Biased with W Kamau Bell.” “Katz is funny to the point that Hitler would have given him a sleeper car on the train.” - Doug Stanhope