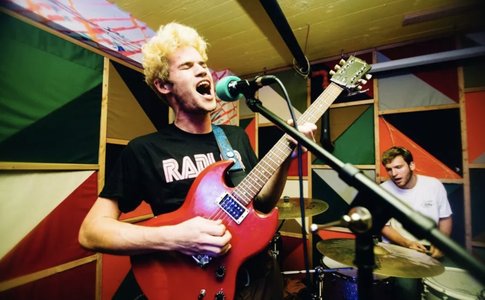 Mom Jeans is an emo rock band that was formed in Berkeley, California during 2014. They built a solid fan base on the strength of their two full length albums, and extensive tours of the United States. They are known as much for energetic performances as they are for quirky lyricism. Don’t miss your chance to catch this band while they are still playing such intimate venues.