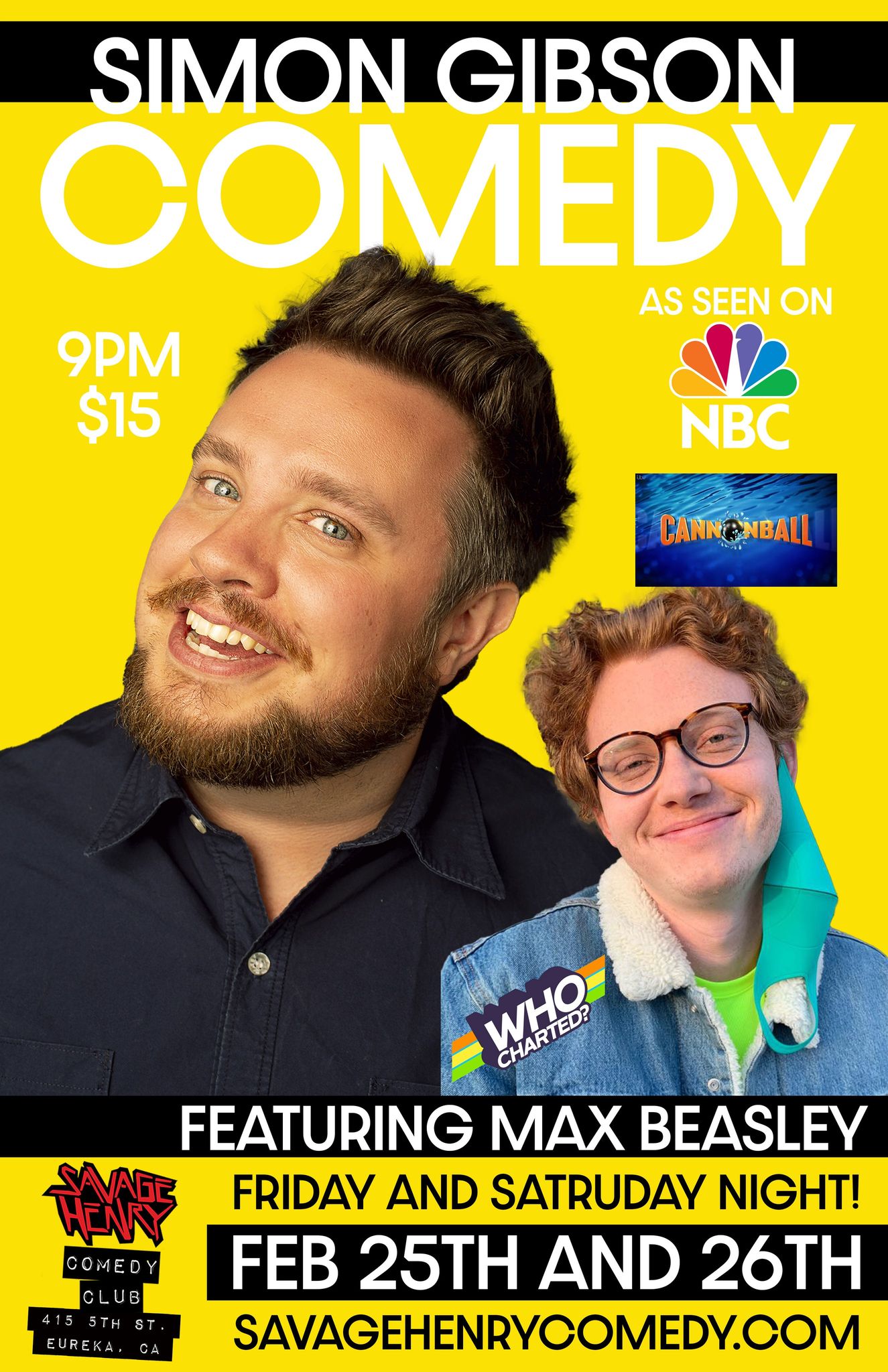 Simon Gibson is an LA-based comedian, actor and writer, who was selected to be a New Face at the 2018 Just For Laughs Festival in Montreal. He recently appeared on NBC’s “Last Call with Carson Daly”, and can currently be seen on the Amazon docu-series Inside Jokes. Originally from Portland, OR, Simon brings a dynamic combination of high-energy and physicality to the stage, performing at clubs and festivals across the country.