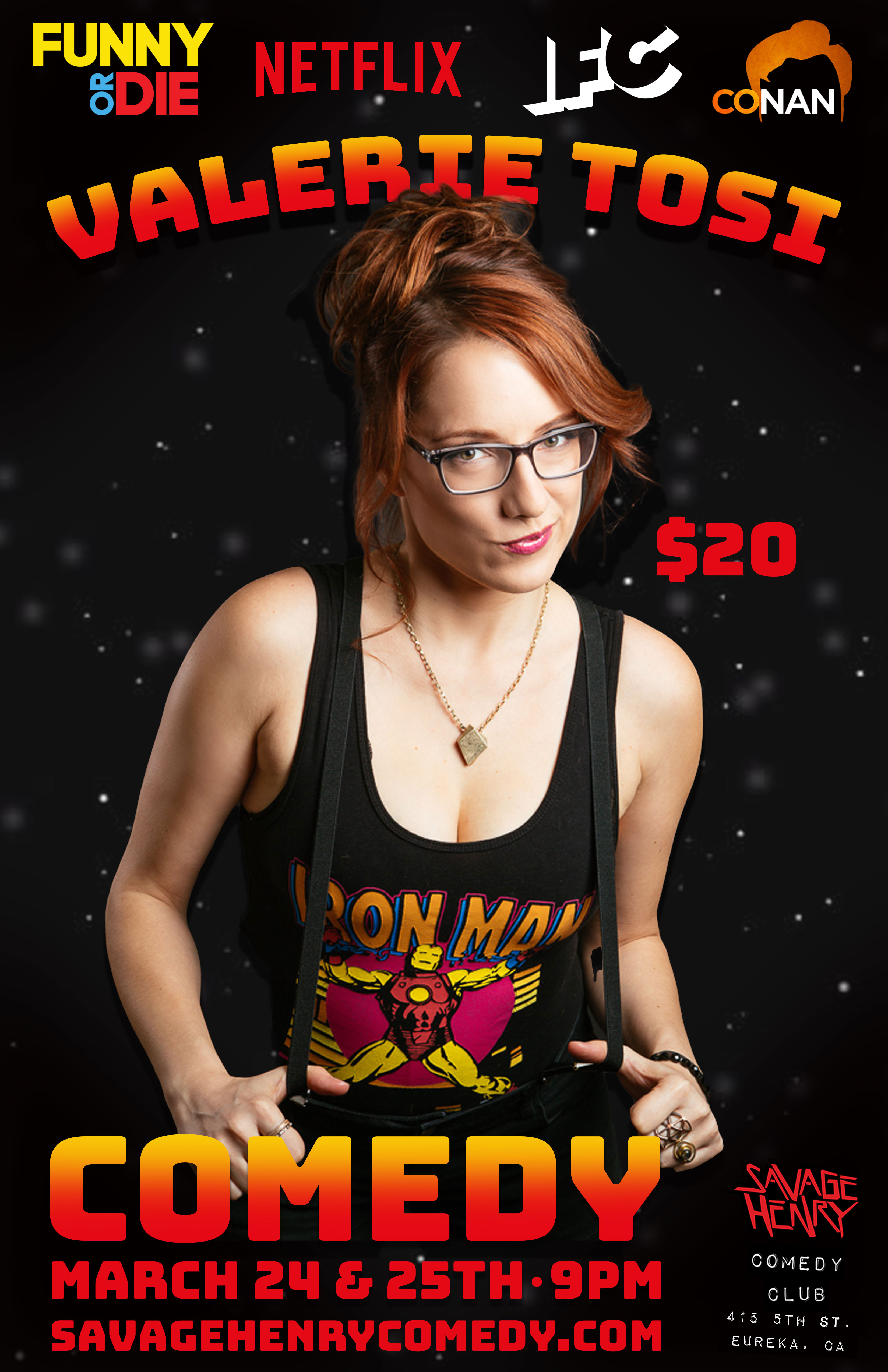 Valerie Tosi is a Second City trained actor, writer, voiceover artist, and standup comedian. Before the world fell apart she made her late night debut on Conan, and as an actor, she’s appeared in a viral commercial for Lyft with Kevin Hart and Ice Cube, was featured on ‘The Joel McHale Show’ on Netflix and was a guest on ‘Stan Against Evil’ on IFC. You may recognize Valerie’s voice from her work on scripted podcasts, animation projects, and several ad campaigns, including Google Home Mini. Her pilot, ‘Malltergeist’ was a quarter finalist in the 2021 Nashville Film Festival. As a standup, she tours the country regularly, bringing her delightfully relatable stories to clubs and festivals, including Limestone, Laughing Skull, and Out of Bounds. Between road dates, Valerie produces and hosts The Mermaid Comedy Hour, the longest running all-female comedy show at The Hollywood Improv. She regularly features for Emmy Award winning comedian Dana Gould and her debut comedy album “Beach Trash” will be available this coming January through Blonde Medicine. When she’s not slinging jokes you can find her pumping quarters into the Jurassic Park pinball table while quoting Dennis Nedry.