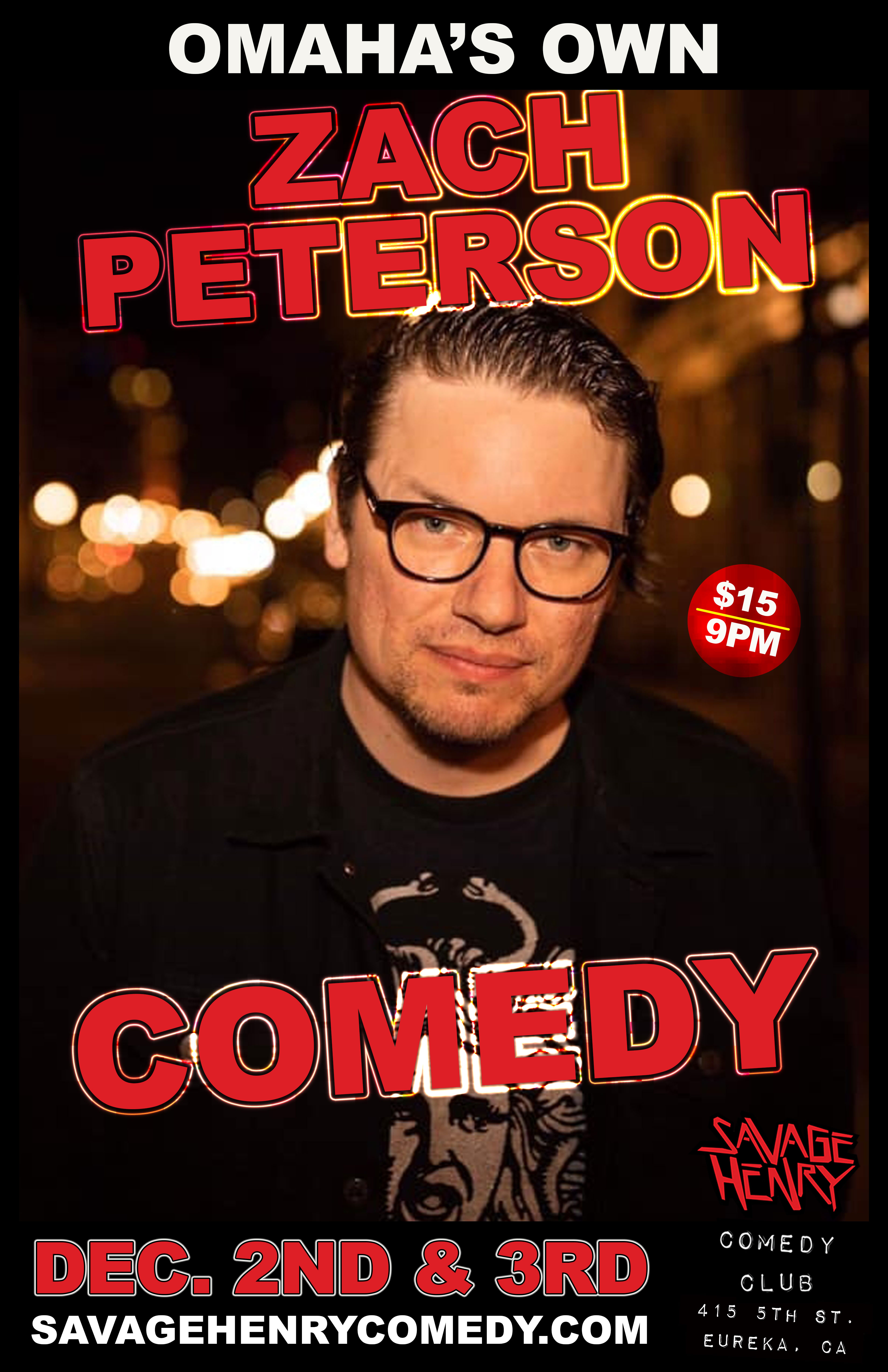 Our buddy from Nebraska returns to the Club!. Out of Omaha Nebraska, after spending time in Chicago and Los Angeles, Zach Peterson is consistently touring around the country working at clubs, theaters and festivals year round. Minneapolis’ CityPages called him “one of the nicest and funniest performers around, with a sense of humor and style that is perfect for fans of everyone from Mary Mack to Tom Papa.” Zach has made a name for himself around the country for being “an affable oddball” with razor sharp jokes. Many of these jokes can be heard on his debut record “Midwestern Jokes of The Americas” which debuted in the top five of the comedy charts on Itunes in 2018. Zach has worked with comics like Matt Braunger, Joe DeRosa, Kyle Kinane and has been selected for countless festivals including the prestigious Laughing Skull Comedy Festival, The Limestone Comedy Festival, 10,000 Laughs and The High Plains Comedy Festival among others. When in Omaha Zach runs the wildly popular Omaha chapter of Don’t Tell Comedy and The Broken Magic Comedy collective.