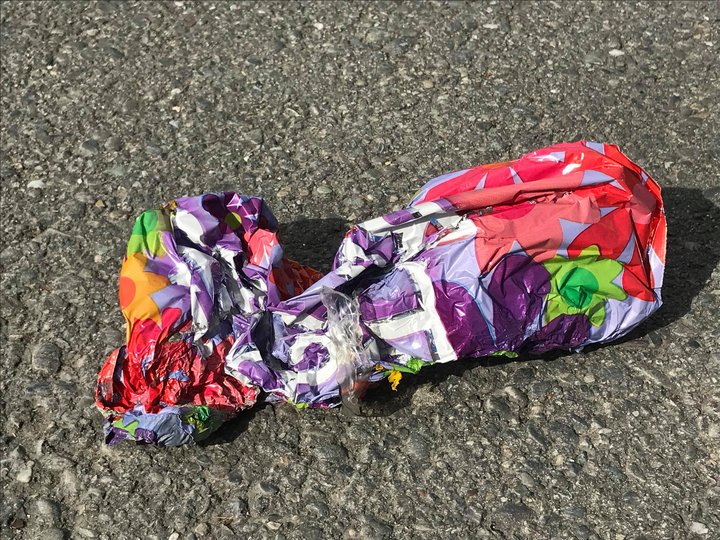 Nearly 3,000 customers are still without power in Arcata and Bayside this afternoon.

Sgt. Keith Altizer of the Arcata Police Department told the Outpost that the outage was caused by a mylar balloon that made contact with power lines near the 1800 block of 16th Street.

According to the PG&E outage map, the outage occurred around 12:50 p.m. and power is expected to be restored by 4:15 p.m.

The incident comes days after PG&E warned customers to to secure metallic balloons because they can cause outages exactly like this.

EUREKA, Calif. — More metallic balloons are sold for Valentine’s Day than any other holiday and, not surprisingly, it’s also around this time of year that customers suffer from outages caused by unsecured metallic balloons drifting into power lines. Pacific Gas and Electric Company (PG&E) reminds its customers as they celebrate their sweethearts to make sure balloons are always tied to a weight – as required by California law – and to never release them outdoors.
“Metallic balloons are conductors of electricity and pose a significant threat to power lines if released into the air. It takes only one metallic balloon to inconvenience thousands of customers, cause significant property damage and potentially result in serious injuries.” said Carl Schoenhofer, senior manager of PG&E’s Humboldt Division.

Unlike latex helium balloons, metallic balloons can stay inflated and floating for two to three weeks – posing a hazard to power lines and equipment even days after being released outside.
PG&E urges customers to follow these important safety tips for handling metallic balloons:
·       Use caution and avoid celebrating with metallic balloons near overhead electric lines.
·       Make sure helium-filled metallic balloons are securely tied to a weight that is heavy enough to prevent them from floating away. Never remove the weight.
·       When done with balloons, do not release them. Puncture them several times or cut the knot and throw them in the garbage to prevent them from floating away, or insert a straw into the stem to deflate the balloon so it can be re-inflated and used again
·       Do not attempt to retrieve a balloon — or any foreign object — tangled in power lines or inside a substation. Instead, call PG&E at 1-800-743-5000 to report the problem.
·       Never go near a power line that has fallen to the ground or is dangling in the air. Always assume downed electric lines are energized and extremely dangerous. Stay away, keep others away and immediately call 911 to alert the police and fire departments.