« Ron Paul Music Promoter: No KRS-ONE Tomorrow After All

In Trails We Trust Luncheon » 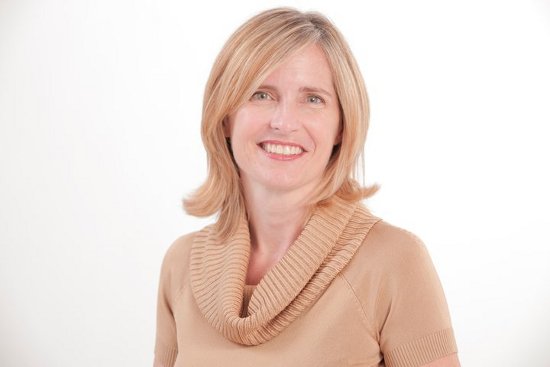 Tomorrow afternoon, KHUM and the Lost Coast Outpost will host the first of many interviews with the 2012 candidates for Congress. At 1 p.m., KHUM host Mike Dronkers will be talking with Stacey Lawson, an entrepreneurship evangelist from Marin County.

We’ll have a live chat running right here on the Lost Coast Outpost and at khum.com. Tune in over the air and online, then pop on over to the Web site to put your questions and follow-ups to the candidate.

Before that, how about we study up? Below, a brief and necessarily incomplete primer on the candidate, who remains largely unknown in Humboldt County; some links for further research; and some possibly half-baked theorizing on her chances and possible election strategy.

Here’s her official bio, which runs heavy on the Horatio Alger. Grandfather a millworker; father a small businessman. She went to Harvard and ended up with a degree in chemical engineering and an MBA. From there she went on to a big career in management at a couple of not-easily-comprehended companies – PTC and Siebel Systems – and finally into academia.

She’s a cofounder of the Center for Entrepreneurship and Technology at UC Berkeley, where she teaches.

UPDATE, 8:20 p.m.: You’ll definitely want to check out her YouTube channel, which is either called StaceyTV or InnerMastery. Much on the New Age connection between spiritual health and clocking that dolla. (H/T dudbud.)

POSITIONS ON THE ISSUES

Lawson’s centerpiece issue is economic development – not surprising, given her background. In the CNCM debate earlier this month, she talked a lot about what she would like to see government do to promote and assist the private sector. In response to a question about President Obama’s JOBS Act, she talked about encouraging more corporate investment, building business incubators in every county in the district and offering government support for emerging sectors of the economy:

In the age of Occupy Wall Street, all this sounds fairly anodyne and perhaps, to some, more or less beside the point. But other times during the debate Lawson came out hard for policies not so pleasing to the bourgeoisie.

“We need to do major tax reform,” she said. “There are many, many fortunate Americans, or at least a few percentage points at the top, that also need to be paying their fair share.” She seemed especially eager to raise the corporate income tax – or at least to close any loopholes that corporations use to skirt taxes – and several times she called out oil companies in particular as poor corporate citizens.

In the same vein, she seemed unequivocal in her support for universal health care. “Single payer is absolutely the step we need to take for embracing a system that works for all and for all Americans,” she said. She said favors immediate end to the wars in Iraq and Afghanistan, opposes the Canadian gas pipeline and strongly favors investment in alternative energy.

Nevertheless, her main pitch is one that would be just about certain to mark her as a crypto-Republican in any other circumstance. “[I am] the only candidate who has created thousands of jobs in the local economy,” she said in her closing statement.

A dozen years ago, a Stacey Lawson – bright, serious, successful, realistic, business-minded – might have been able to put together a winning coalition with independents, fiscally conservative Republicans and economically liberal Democrats.

But today’s Stacey Lawson is not yesterday’s, and neither is the electorate. The volume has been turned up all around. Even though Lawson is the closest thing the current race has to a centrist, its doubtful that there’s enough center in the new Second Congressional District for a win.

Without the support of the Democratic machine – which backs Jared Huffman – she’s going to have to work hard to peel away votes from Huffman, Norman Solomon and Dan Roberts, the race’s sole Republican, to make it into the top two in June. She’s raised over $230,000 so far – an impressive sum and all of it from individual donations, she said in the debate – but without a strong base it still seems like a rough road from here to there.