Vultures, Cannibalism, and the Free Market » 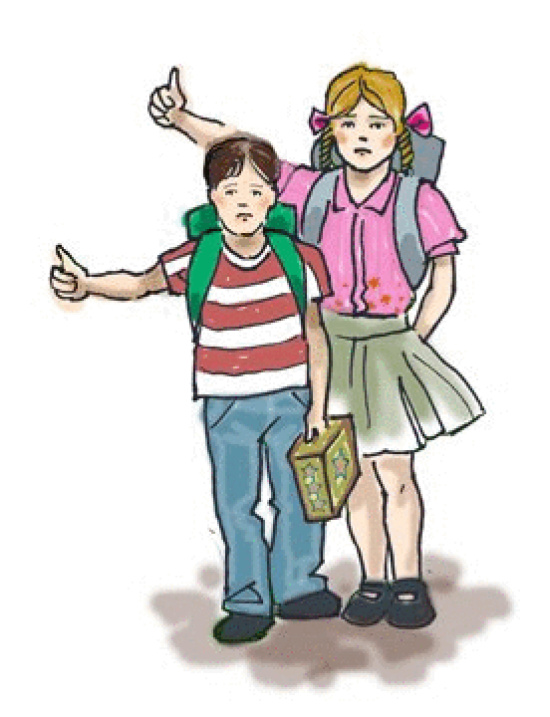 In response to funding for school transportation being halted, Southern Humboldt has mobilized.  A Facebook site has been set up to coordinate activities and keep the community informed. Artists, such as Janet Young who created the graphic above, are developing images to help shape public and legislative opinion.  A petition requesting Assemblyman Wes Chesbro and Senator Noreen Evans introduce legislation to relieve the problem was circulated just among the businesses of the expanded Garberville area and over 400 signatures were gathered by Carolyn and Gina Hensley as well as by Brad and Reanna Boughner. In addition, one large action is in the works to try and bring attention to their plight.  On January 24th, a field trip is planned to the State Capital.

The proposed caravan of four school buses full of students and a fleet of parents carpooling in mini-vans will leave Redway by 5:45 in the morning and arrive at Noon. Students who want to go need a permission slip from their parents in order to attend the field trip and get class credit.

According to Jim Stewart, Acting Superintendent of Southern Humboldt Unified School District (SHUSD), “A lot of people are willing and eager to go.”  School Board President Dennis O’Sullivan believes that several hundred people are ready to join up.  At 2 P.M. on the day of the trip, Jim Stewart, a parent, a student, a transportation worker, and Dennis O’Sullivan will meet with Wesley Chesbro (and efforts are being made to meet with Senator Noreen Evans and Governor Brown also).  Afterwards, Chesbro will address the crowd from the capital lawn. Some of the kids who are going will be live broadcasting on KMUD about what they see. The plan is to have educational activities as well as be part of democracy in action.

An all call went out late today from the District Office explaining the situation. The field trip is to take place on just one day. However, there will be no bus service in the SHUSD area for that day and the morning of the next due to a need for the drivers to have sufficient rest though classes will be offered.

One man in the audience (Dan Dority?) spoke passionately, “Without transportation, there is no education in this community.” Then later he added, “This is a community issue. This isn’t schools and kids but this whole community will go up in smoke. This is more of a threat than if Garberville burns down.” Without busing, the fear is that children will drop out of public school, move or will fail to get to school as often.  The subsequent drop in attendance will cause the District to lose ADA money which is given by the state in proportion to the amount of students a school has each day. There is a fear that the lack of money will degrade education and, besides injuring students and their parents,  will cause an exodus from the area which could harm businesses and the community as a whole.

Already the community is seeing the effect.  Plans to entirely stop school transportation as of February 17th have parents scurrying to find alternative ways to educate their children.  Michelle Bushnell, a substitute bus driver worries about how the lack of long term plans is going to affect the district.  She said,  “The public is so scared at this time…A lot are finding alternative places for their children.   You guys will lose [bus] drivers and you’re gonna lose students if some kind of reassurance isn’t made that you’re going to have some kind of busing.”

Bus driver Valerie Pogue voiced the concern that the “…biggest concern Transportation has is that if some things aren’t decided early enough there won’t be enough drivers left” should some sort of busing be worked out in the future.  She worries that drivers will get other jobs or retire. She herself has another job already.  But she stresses that bus drivers want to do everything they can to help.  “We care about our community.  We care about our kids.”

However, it isn’t just the immediate future that the Board needs to get funding for.  Board member Susan Thompson explained, “We’re not just trying to… get us through this year.  There is nothing in the budget in perpetuity [for transportation.]” The Board and many of the community feel they have to catch Sacramento’s attention or else watch their schools and their community shrivel.

While other school districts are harmed, rural districts especially ones with vast areas to bus students in, are severely impacted. Acting Superintendent Jim Stewart said, “The impact on our district is outsized.  It has just huge, tremendous, disproportional impact on us. ..$2 million is being removed from the economy of Humboldt Co. due to this trigger cut alone..$450,000 of that is from us.  Almost 1/4 of the impact to Humboldt County is right here on our 650 kids….”

While making hopeful plans to impress lawmakers with the unfairness of the cut, the board is also working on what they will do if “Armageddon” is not adverted.  A meeting is being held next Friday the 20th at 3:30. to discuss a Plan B that will provide bus service to as many students as possible with whatever funds can be scraped together.

Board member Blake Lehman noted,  “I think that people from Southern Humboldt are used to stuff like this. We stick together. We band together.  We don’t throw road blocks up in front of each other. We try to get stuff done as a community.”

Money is being collected to fund the trip.  People can donate to the Bus Bucks Fund via the Save Our Schools Account at the Community Credit Union act #7835 or to P.O. Box 650, Miranda, CA 95553

Links to permission slips etc. can be found here.

Drawing by Janet Young. More by this Humboldt Co. artist at jbyoungarts.com