The fellow in question doesn’t change it up all that much — new gun, but the same bandana and hoodie. See below: 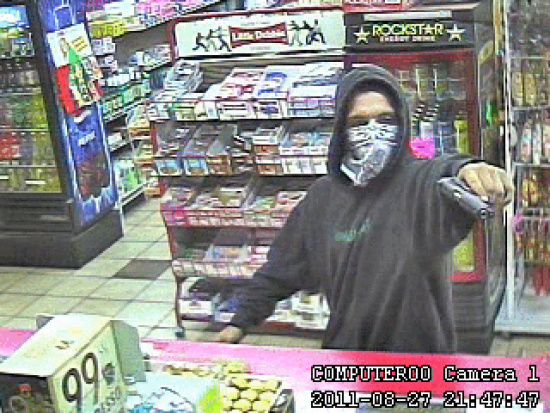 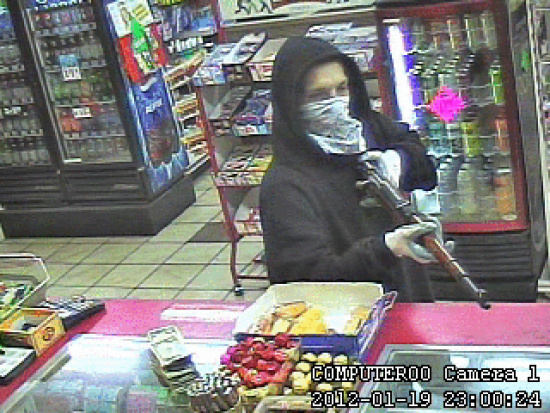 Both armed robberies occurred at Stop and Shop in Eureka. The first armed robbery occurred on August 27th, 2011 at about 9:47 PM. The suspect brandished a handgun at the clerk.

The second armed robbery occurred on January 19th, 2012, at about 9:57 hours. The suspect brandished rifle at the clerk.

I attached several still photographs taken from the two surveillance videos. Anyone with information about the two robberies should contact Senior Detective Ron Harpham.