Tomorrow on KSLG: Eyewitnesses to the Loleta Stab Melee »

Sure, you may be a little shocked at the mass stabbing melee in Loleta over the weekend, but it was all good yucks for at least some of the youth involved. Over on Facebook they’ve already set up a page to forever memorialize the venue as “The Stabbin’ Cabin.” Twenty-nine members and counting!

But Facebook also recorded the party before, during and after the main event. (Names blacked out, here, so as not to mess with the Sheriff’s Office’s ongoing investigation.)

It all started, apparently, after one Facebooker got out of county jail: 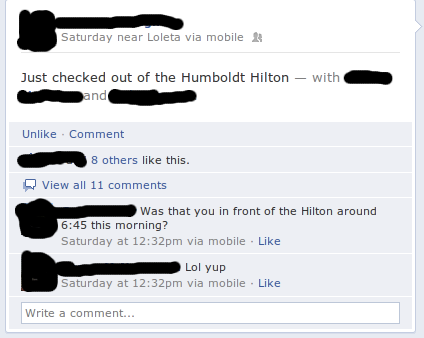 He quickly added: Time for a rager! 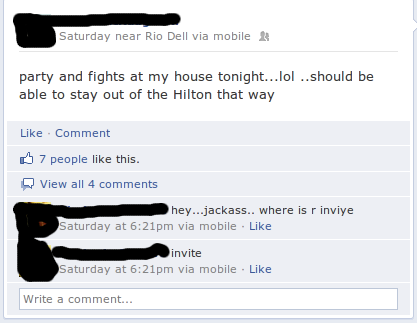 The next morning, different partygoers had a more-burly-than-usual hangover: 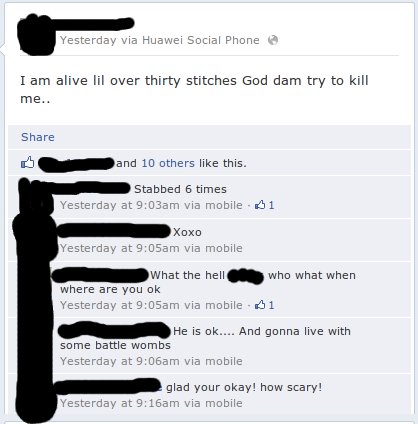 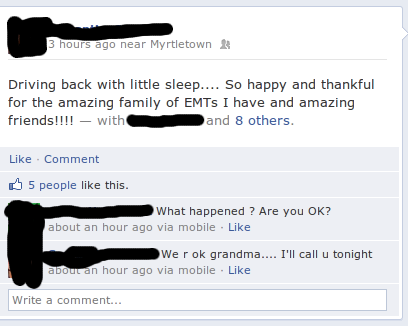 That was the party at the Stabbin’ Cabin! 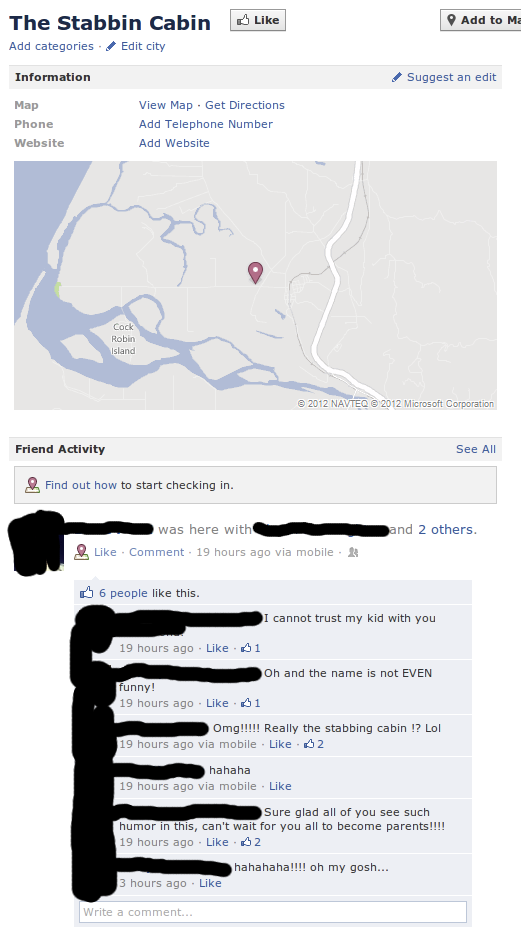