UPDATE., 11:19 p.m.: OK, friends, I’m calling it a night. Final thoughts: If the trend holds, Atkins is looking pretty good for reelection. (Still no third report.) Same-sex marriage had great nights in Maryland, Maine and maybe Minnesota. Marijuana had great nights in Washington, Colorado and Massachusetts (but not Oregon). Democrats had a great night pretty much everywhere. See you tomorrow.

UPDATE, 9:40 p.m.: (Kym) Big wins for marijuana legalization in Washington and Colorado (see below), but Oregon has rejected its legalization measure. 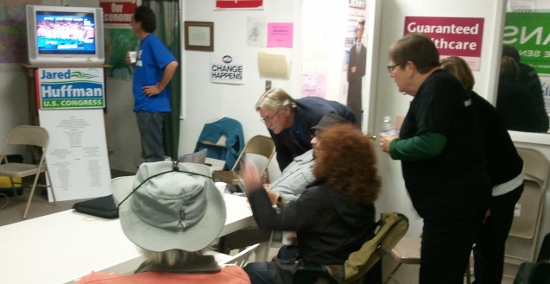 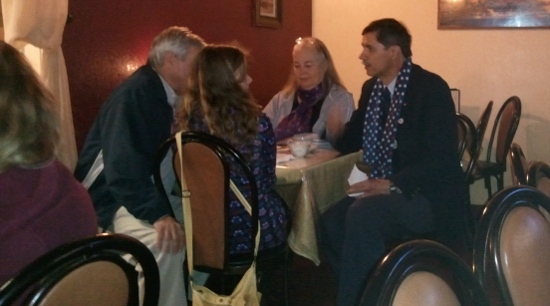 UPDATE, 8:15 p.m.: Multiple news outlets calling Ohio for O﻿bama. If so, it is all-the-way over for the Mittster.

UPDATE, 7:45 p.m.: Remember: Polls close in California in 15 minutes. First results for Humboldt County and the state will be available very shortly after that.

UPDATE, 6:00 p.m.: Mike Allen of Politico on panic within Team Romney: “We’ve just learned that the votes are coming in from Virginia … are pretty well tracking the Obama-McCain vote in 2008.” They have a dude from an Obama SuperPAC on at the moment: “If we got Virginia — Forget it, let’s party early!”

Also: early Ohio counting is bumming out Romneyland too, say the Politico folk.

UPDATE, 5:42 p.m.: Consensus on the Politico TV Web stream and on The New Republic‘s “Electionate” is that the Romney campaign has to be bummed at the returns from Virginia — just not what they need it to be. Karl Rove still seems chirpy, though.

UPDATE, 5:05 p.m.: ABC News is calling all the non-battleground states that have just closed for their expected winner, but the big news at the moment seems to be that President Obama is leading pretty big in Florida, and also in North Carolina — two states that seemed lightly and solidly Romney, respectively. There are a lot of micro-geographic factors to consider, of course, but the people who watch these things more closely than I seem a little bit shocked.﻿

UPDATE, 4:10 p.m.: Real big shockers, but the Associated Press is calling Kentucky for Romney and Vermont for Obama. 8-3 Romney, with 527 electoral votes to go. I report this only to officially crack the champagne over the S.S. Election2012.

UPDATE, 4:04 p.m.: In case you haven’t seen them: The New York Times has a couple of cool tools that help you understand what it means as the various state results start coming in. See here and here for different ways of visualizing the Electoral College. 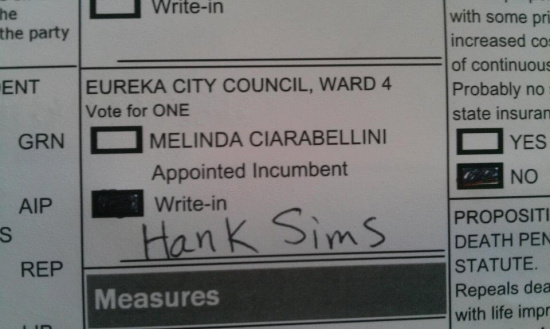 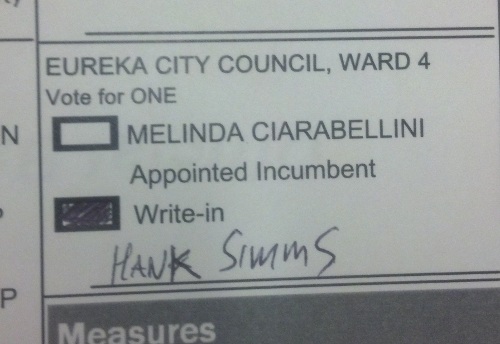 We won’t let the fact that this is the snooziest local election in Goddess knows how long stop the LoCO electoral liveblog tradition!

It all starts … now!