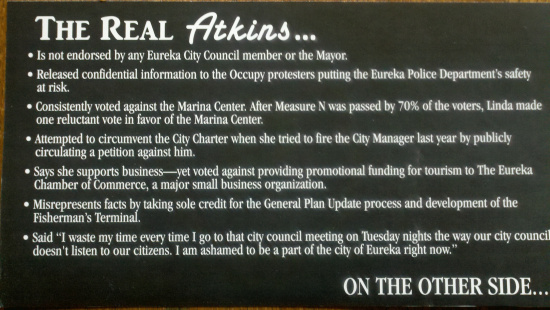 This vitriol of this thing comes as a bit of a surprise to your Lost Coast Outpost, given that we had assumed that:

But it’s probably worthwhile to point a couple of things here that range from dubious to straight-up wrong.

So there’s that. Is Bonino actually frightened of losing this race? I wouldn’t have thought so, but this mailer would say otherwise. Why else flush a piece of your reputation down the toi-toi like this? It almost makes one ashamed to be part of the city of Eureka right now.