UPDATE, 9:10 p.m.: The Trevor Bohn accused in this case is, in fact, the son of Supervisor Rex Bohn. 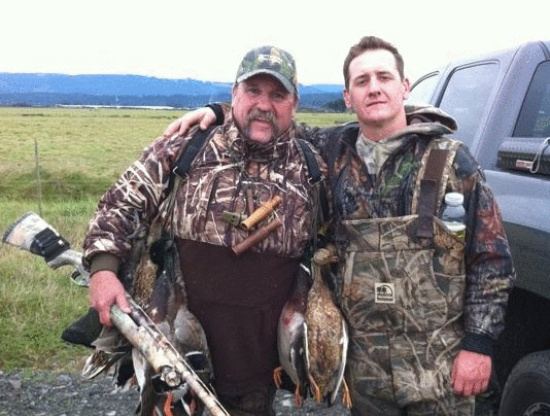 Photo from the Facebook page of Trevor Bohn (right).

On September 19, 2012 at about 10:00 am, officers with the Fortuna Police Department responded to an apartment complex located in the 100 block of 12th Street for a report of a strong odor of pepper spray about the complex.

Upon arrival, officers contacted several subjects who reported that they had just been assaulted by a group of male subjects who had fled the complex in two vehicles.

Moments later, officer located and stopped the involved vehicles and contacted the occupants who were all later arrested.

During the investigation, victims reported that the subjects had forced entry into an apartment and forcibly held two subjects in a bedroom while demanding marijuana that they had allegedly stolen. The suspects then allegedly discharged a canister of bear pepper spray at numerous occupants within the residence including minor children. The subjects then attempted to forcibly remove one of the victims from the apartment.

As a result of the incident a total of ten victims experienced symptoms associated with the pepper spray. City Ambulance responded and transported three adults and two minor children to the hospital where they were treated for moderate injuries.

The following subjects were arrested:

All four subjects were transported to the Humboldt County Correctional Facility and booked on the following charges: