Police Step Up Enforcement for 4/20 Celebrations in Redwood Park » 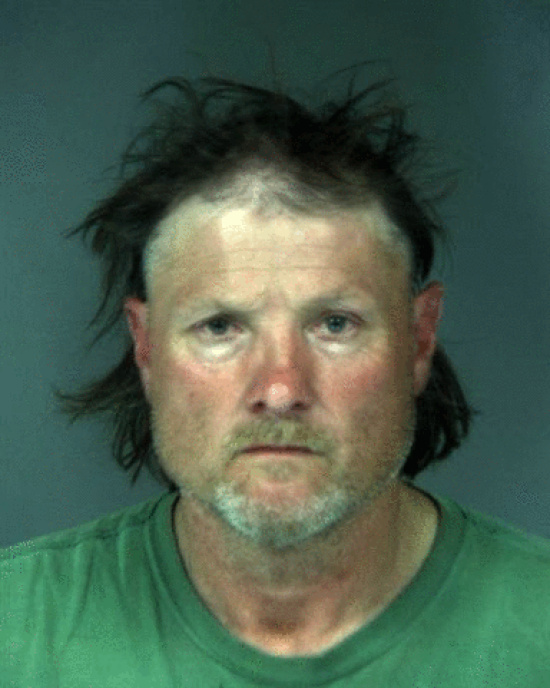 On 04-14-2013, approximately 9:30 p.m. a citizen called the Humboldt County Sheriffs Office to file a threats report. A deputy responded to the 200 block of Jackson Ranch Road, Arcata to meet with the 49 year old male victim. The victim told the deputy that in early 2013 John McDonald, 49 years old from Arcata had threatened to shoot him. On 4-14-2013, McDonald parked his light blue pickup Ford F 350 pickup truck on the victim’s property. When the victim contacted McDonald who was sitting in the drivers seat of his truck, McDonald pointed his finger at him and gestured as if he had a gun and was shooting him. McDonald then drove away.

Two deputies drove to John McDonald’s residence in the 1800 block of Iverson Road, Arcata to speak with him about the threats at approximately 10:15 p.m. As they drove into the driveway they saw the described truck by the victim parked on the street. When the deputies drove up behind the truck they saw McDonald in the driver’s seat. The truck started up and began to drive off. The deputy behind the truck attempted a traffic stop on the truck near Jane’s Road and Bay School Road, Arcata. The truck failed to stop for the deputy and accelerated to 35 mph. The two patrol cars initiated a pursuit which led into the Arcata bottoms area. The truck drove through several stop signs without stopping during the pursuit. The pursuit reached a maximum speed of 40 mph. The truck finally stopped in the 4000 block of Vissade Road, Arcata next to a barn. John McDonald , the only occupant and the driver, exited the truck and climbed over a fence into a pasture. A deputy pursued McDonald on foot and caught McDonald in the pasture. When the deputies asked John McDonald why he did not stop for their lights and siren, he told them he thought they would leave him alone if he just kept driving.

John McDonald was arrested for felony evasion, terrorist threats, resisting arrest, driving without a valid license and violation of probation. He was transported and booked into the Humboldt County Correctional Facility. His bail was set at $50,000.00