« Apparently, Arcata is the 17th Best U.S. City For Hippies

Dead Fisher Found in Mj Cultivation Site and Over a Ton of Fertilizers, Rodenticides, etc. 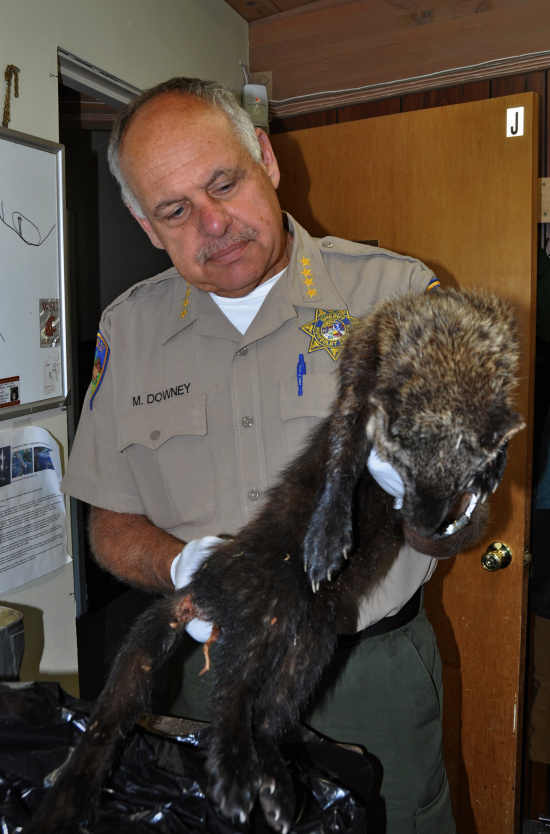 Sheriff Downey holds a dead Fisher. The Sheriff’s Office provided photos of a fisher taken from a marijuana grow site in Hoopa on July 30th.

On 07-29-2013, at approximately 7:00 a.m. Humboldt County Sheriff’s Office Deputies, United States Forest Service (U.S.F.S.) Agents , Hoopa Valley Tribal Police ( H.V.T.P.) Officers and the Cannabis Eradication and Reclamation Team (C.E.R.T.) conducted an open field investigation and eradication of a large marijuana cultivation site below the Brushy Mountain Lookout on Friday Ridge, Willow Creek. Three civilian scientific researchers with a background in wildlife, toxicology and ecology were with the officers when they entered the marijuana site. The officers eradicated 7521 growing marijuana plants ranging in size from 4’ tall to 6’ tall. All the marijuana was being cultivated on United States Forest Service Land. While conducting the investigation the researchers and deputies located the following: 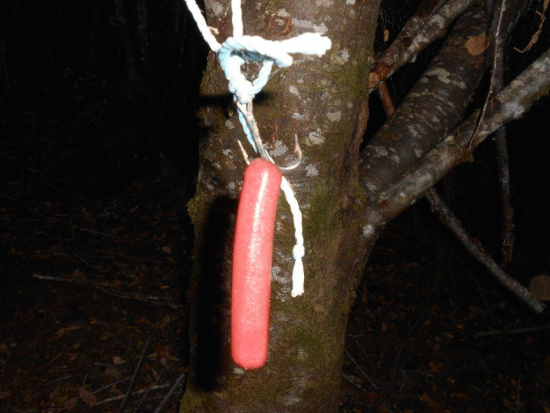 July 30th on the Hoopa Reservation:

On 07-31-2013, at approximately 7:00 a.m., Humboldt County Sheriff’s Deputies, USFS Agents, H.V.T.P. Officers and C.E.R.T. Officers conducted a marijuana investigation and eradication at another cultivation site located in the Supply Creek Watershed on the Hoopa Valley Indian Reservation. The three researchers again accompanied the officers. The officers located and eradicated 8,473 growing marijuana plants ranging in size from 3’ to 6’ tall.

Agents also found a recently deceased Fisher in the garden site. Fishers are currently under review by the State and Federal Government to be listed as an endangered species. The officers and researchers again found environmental damage to the area. The researchers took custody of the deceased Fisher and intend to conduct a necropsy on it to determine the exact cause of death. There was no obvious signs as to what killed it. 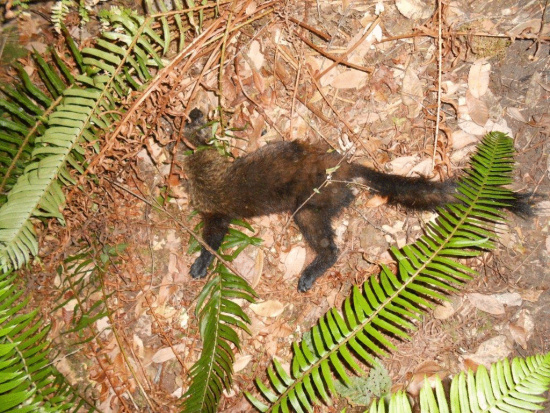 On 8-1-2013, at approximately 9:00 a.m. the same team listed above with the researchers went to a third marijuana cultivation site located at Le-Terron Flat, Orleans , which is USFS property. The officers located and eradicated 376 growing marijuana plants ranging in size from 3’ to 4’ tall.

A total of 1942 lbs of dry fertilizer, 58 lbs of liquid concentrate fertilizer, 17 pounds of second generation anticoagulant rodenticide bait were removed in total from the three sites. The rodenticide by itself had the potential to kill 2,753 wood rats, 14 fishers and 5 spotted owls per the researchers. Many of these toxicants were near creeks.

The investigation into those responsible for these marijuana grows is continuing.

According to information provided by the Humboldt Co. Sheriff’s Office this is a photo of clearcutting in the US Forest Service.