State Sen. Noreen Evans Will Not Run for Reelection 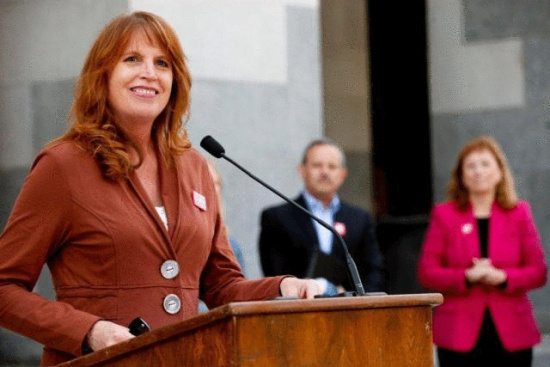 Our representative in the upper house of the state legislature just confirmed, via social media, that she’s quitski. Facebook friends o’ Noreen Evans awoke this morning to discover the following message in their feeds:

Dear Friends: This year marks my 20th in public office, including 10 years in the Legislature. But Sacramento is not my home and politics not how I planned to spend my life. Though I enjoyed my job as a lawmaker, my first love is the administration of justice. I will leave the Legislature next year at the end of my term to return to my private law practice.

Rumors of Evans’ impending retirement flew around Sonoma County media last week, and with this status message can now be considered safely affirmed.

One the one hand it’s a bit surprising, because few folk willingly bail from the legislature before they’re termed out. Evans has another four years coming to her. On the other hand, she’s been publicly dismissive about the $100,000-per-year pittance of a so-called “salary” she receives as a public servant, even going so far as to hire herself out as a part-time attorney while on the state payroll.

Evans’ return to the private sector blows the 2014 races wide open. Assm. Wes Chesbro is up for the term-limit guillotine next go-around, and Evans is stepping down. Who will the party bosses appoint to replace them? The Sonoma and Marinites are jockeying around — Dick Spotswood has the Spotswoodian take here — but there are bound to be some Humboldters in the mix. Stay tuned.