Fires Affecting Humboldt—Or Why Is It So Smokey? »

LoCO on the Pot: Legalization is Everywhere 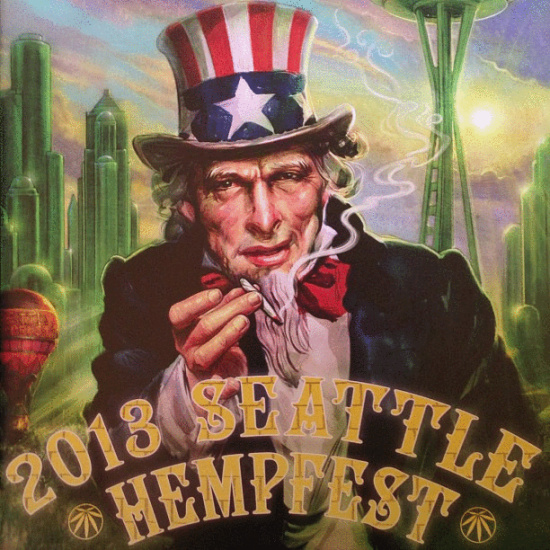 Illinois just became the 20th state to green-light medical marijuana legislation. The legalization of marijuana (medical and otherwise) — bold disobedience of the federal government — is trending. In his Aug. 14 Huffington Post article, Rob Kampia, executive director of the Marijuana Policy Project, throws some stats down:

“Specifically, 20 states and D.C. have legalized medical marijuana, 17 states have decriminalized marijuana possession, and two states have legalized marijuana possession for adults. Of course, there is some overlap between these three categories. But — even taking into account all of the overlaps — 53 percent of Americans now live in states that refuse to accept the federal government’s position that (1) marijuana has no medical value whatsoever, and (2) all marijuana users should face arrest and jail time.”

Last month, the free minded folks at Reason interviewed Kampia at the Freedom Fest ] in Vegas. In the interview, Kampia makes predictions — he says Alaska (via ballot initiative in 2014) and Rhode Island (via the “extremely liberal” state legislature) will be the next states to legalize. If his predictions come true, those states will beat California to the legalization punch.

California will surely get another chance though, probably through a ballot measure in 2016. Even if we are lagging a bit, whatevs. We were the first medical marijuana state. Who cares if we don’t place for a medal with outright legalization? Who cares if we didn’t pull it off in 2010 with Prop 19? The wording of that bill was lame anyway, as Humboldt Patient Resource Center legend Mariellen Jurkovich points out in her Arcata Eye opinion piece.

In the face of all this legalization momentum, the Feds and their lame propaganda look lamer than ever, especially since the top CNN doc is now speaking of medi-pot in a somewhat favorable light. Cannabis Culture blogger Matt Mernagh says Gupta’s “Weed” documentary reeks of a ratings grab. Regardless, if CNN is jumping on the weed train, you know the sea change is for real.

The influence of more and more parents speaking out about using medical pot to help their seriously ill kids where gnarly prescription drugs have failed is powerful. Even New Jersey’s Republican governor, Chris Christie, felt compelled to give his blessing to a bill to help seriously ill children get better access to medical marijuana.

Medical marijuana is a major aspect of all this momentum for legalization, but there is another, perhaps more important, aspect to mention here — legalization supporters with deep pockets. Can you say “Google”? More on Silicon Valley cash and legalization here on The Snitch. Money, bay-bee!

And in the grand American tradition, the corporatization of marijuana is inevitable. Vice Motherboard correspondent Brian Anderson speaks to the dreaded “Starbucks of Pot” phenomenon here, and the potential for Wall Street involvement in legal weed made the LA Times business page back in March.

Big business is over this. Kampia might be right with his 2019 prediction.

Legal weed is a reality in Washington, and the 2013 Seattle Hempfest — a renowned celebration of all-that-is-cannabis — just happens to be happening this weekend. Get this: Yesterday at the event, Seattle Police magnanimously handed out bags of Doritos with legalization info that includes the address for the department’s FAQ webpage: “Marijwhatnow.”

This is from Marijwhatnow’s introduction:

Oh, legalization. What wackiness. What possibility. Where, oh where, will the Em Triangle fit in? Can we present a unified front when the curtain of illegality is lifted from our land? There are so many established, talented, experienced and ethical outdoor growers, so many opportunists à la Green Rush, so many rural and urban indoor growers in our region… Can such a diverse and individualistic group somehow come together to make sure Humboldt doesn’t fall off the map when legalization is nigh?

Shoot, with all our growers, we have a pretty impressive knowledge base. And, our university already has a marijuana institute; we’ve got the world beat there. Plus, no one wants to see the local economy tank with legalization — plenty of motivation to be found there. And we still have a few years to prepare.