UPDATE 10:52 a.m.: McKinleyville Press editor Jack Durham spoke with KHUM this morning about what the paper might look like, its editorial tone, and other nitty-gritty. -Mike Dronkers 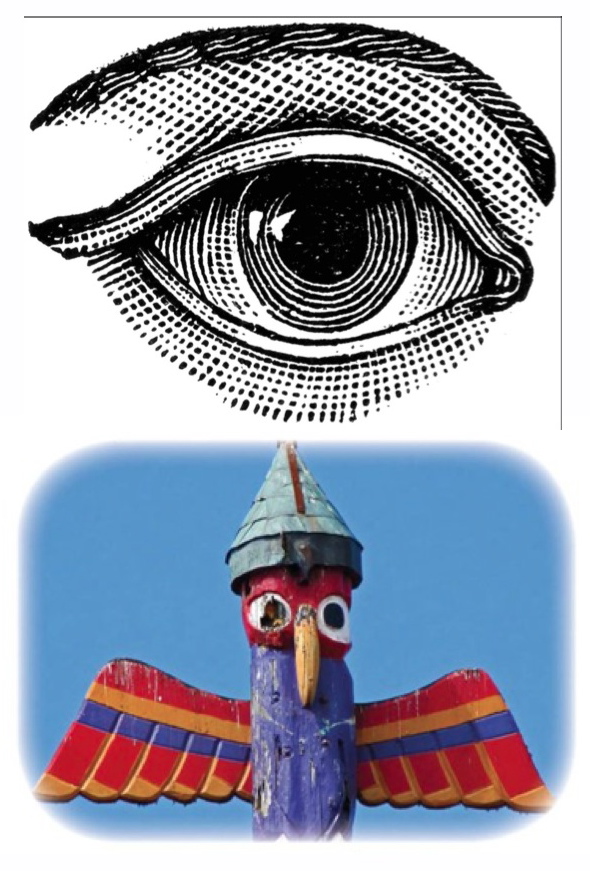 After 17 years of weekly service to their respective communities, the McKinleyville Press and Arcata Eye newspapers will publish their final editions Wednesday, Sept. 25, then cease publication. In other news, the Mad River Union, a new weekly newspaper merging the Eye and the Press, will debut with Issue 1, Volume 1 on the following Wednesday, Oct. 2.

In a sense, the Mad River Union will restore the tradition of the beloved Arcata Union, which closed after 109 years in 1995. Hoover and Durham both worked at the Union, which covered Arcata, McKinleyville and beyond.

The Mad River Union will provide readers a bigger and better-defined paper than its two antecedents, with virtually all the content now found in the Press and the Eye.

By joining forces, the papers will be able to eliminate duplication in management, distribution, production and printing, and reallocate resources to best serve readers and advertisers.

The staff will be better positioned to do old-fashioned reporting, with more consistent content management. Local communities will receive more thorough coverage of news and events. The merger will also double the readership for advertisers, who will enjoy more exposure and a significantly larger distribution area.

The Mad River Union will be headquartered in a new, larger office in the lobby of Jacoby’s Storehouse on the Arcata Plaza. It will be printed at Western Web in Fairhaven.

The Arcata Eye had been scheduled to close on Feb. 14, 2014, ending an independent community newspaper tradition in Arcata that began in the mid-1800s. That gloomy scenario has been averted.

“We only started talking about this a few weeks ago, but right away we saw that it made major sense on multiple levels,” said Eye editor Kevin Hoover. “We’ve been able to start with a blank sheet of newsprint and re-imagine the entire operation to make the most of our assets and better serve readers. It’s been quite exhilarating.”

“I always wanted to provide the people of McKinleyville and Trinidad with a larger paper with more comprehensive news coverage, but the Press just didn’t have the resources,” said Press editor Jack Durham. “Joining forces will make it possible to provide the communities with the news coverage they deserve.”

Like the Eye and Press, the Mad River Union will be an independent, non-partisan community newspaper that reflects the character and diversity of the communities it covers. The Union strives to provide readers with a newspaper that is fair, accurate, relevant, smart, engaging, adventurous and open to all without fear or favor.

Readers who liked the previous papers will find even more to enjoy with the Union, which will grow to two sections that feature expanded news, opinion and community coverage. The popular Police Log that began with the Union, then continued with the Humboldt Beacon and Arcata Eye, will continue in the Mad River Union.

“Many readers have lamented the imminent loss of a weekly hyperlocal newspaper, and now, that doesn’t have to happen,” Hoover said. “Making this possible is the diverse talents of our staff and the loyal support and encouragement of our readers. With the new paper, none of that ability and enthusiasm has to go to waste.”

Durham will serve as the paper’s editor, Hoover as an Arcata-based reporter. The Eye’s Lauraine Leblanc will be the Scene Editor and handle production tasks. Ad Manager Jada Brotman will connect the newspaper with area businesses. Reporter Bryn Robertson will also provide local coverage, as will the other reporters and columnists you’re used to reading in the Eye and Press.

“Although readers weren’t aware of it, there were times in the past when the Press teetered on insolvency. The Press endured some tough times and faced an uncertain future,” Durham said. “This merger will help ensure that the communities of Northern Humboldt County get real newspaper coverage for years to come.”

“Reapportioning our resources, particularly the time and skills of our resourceful staff, gives us the strength we need in this challenging time for newspapers,” Hoover said. “It will be exciting to see what we can all accomplish under this much more rational structure.”

(LoCO note: Make sure to like up the Mad River Union Facebook page. And also listen to Eric Black interview Jack Durham during Tuesday’s KMUD Local News 6 p.m. about the merger on KMUD here.)