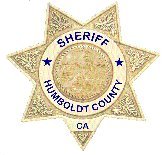 On 11-30-2013, at approximately 5:00 p.m., the Humboldt County Sheriff’s Office received a call from a citizen who wanted to report a possible human gravesite. The citizen told deputies where to search for the possible grave. On 12-01-2013, approximately 7:00 a. m. Humboldt County Sheriff’s Detectives went to the location described by the citizen which was off Jewett Ranch Road, the Harris area of Humboldt County. Detectives located a possible gravesite which they dug up and located human remains. The Humboldt County Coroner’s Office was summoned to the scene. The identity of the deceased is unknown at this time, along with the cause of death, age and sex. Detectives are treating the deceased as a homicide at this time.

Further information will be released as appropriate, the investigation is ongoing.