Service in Afghanistan a Factor in Identifying Sunday’s Bomb 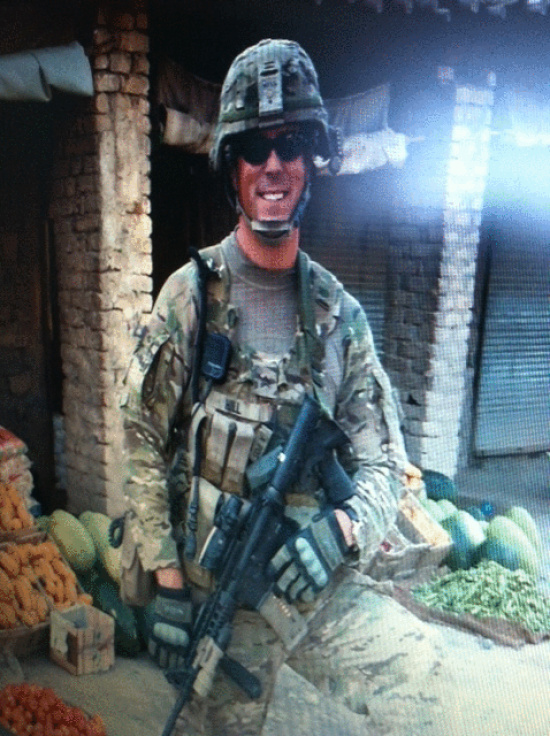 Eureka police are waiting for information to be processed on the bomb which exploded Sunday. Police Officer Greg Hill (age 34) was the first to respond  to the report of a suspicious item on a lawn near the intersection of F and Hodgson. The homeowner had called in what looked like an explosive device.  Officer Hill, who has spent time in Afghanistan, parked his vehicle a block away and left his cell phone in the car.  He knew that sometimes these devices can be triggered by electronic signals.  He approached the bag cautiously.  He says he knew almost immediately that it might be a bomb. “I’ve seen them in Afghanistan….At least once per week, we’d find an I.E.D [Improvised Explosive Device] either before it exploded or after it had blown up one of our trucks.”

Looking the suspicious item over carefully without touching it, Hill could see inside the bag’s main compartment a “square item with wires coming out.” He also could see wires coming out of the bag and going into an external pouch.  “Based on my past,” he said, “I could see it was definitely suspicious. It needed the bomb team.”

While he waited for the experts in explosive devices, he started evacuating the neighbors.  He was able to get everyone out except one couple near the periphery who choose to remain because the wife needed to access oxygen. If the bag was filled with military grade explosives, Hill said, the whole area could have been in danger.

Hill, who grew up in Cutten, joined the Marines in 1997 and served until 2001. He worked for the Fortuna Police Dept. for a few years but has been a member of the Eureka Police Dept. since 2005. However, in 2007 he joined the California Army National Guard.  His goal was to either deploy to Iraq or Afghanistan. “I wanted to get that life experience,” Hill explained.  “I’m still young and physically able to do my patriotic duty.  I wanted to give back more to the people of the United States.” He said that seeing how people in the Third World lived opened his eyes to “how much we have available…They don’t have anything.”

When his National Guard group was deployed to Afghanistan on December 15th, 2010, two other Eureka Police Officers went at the same time. “Our main duty was to train and mentor the Afghan police.” Among his duty’s there, he searched for I.E.D.’s.  “The work there definitely helped,” Hill said about his experience on Sunday.  “I looked at it and definitely recognized it as something that was dangerous.”

Because of the quick response of Hill and the homeowner, no one was injured and the bomb squad was able to use their expertise to detonate the device safely.