Hey, HSU Alumni of a Certain Age: This is the End of an Era »

Kym was following that backwoods police chase in the Dyerville area over the weekend. According to a press release from the Sheriff’s Office issued moments ago, the two getaways from that thing are still at large.

Press release from the Sheriffs Office:

On 2-2-2013, approximately 11:30 p.m. a deputy attempted to pull over a black Chevy Silverado pickup truck for driving erratically and with no rear license plate on Dyerville Loop Road, near Fort Seward Road in the Dyerville area of Humboldt County.

When the deputy activated his overhead lights the vehicle failed to stop and a pursuit was initiated. A slow speed pursuit traveled east on Fort Seward road at speeds of around 30 mph. At one point the pickup traveled onto the middle fork of the Eel River on the gravel bar before looping back onto Fort Seward Road. A second deputy caught up with the original deputy and they continued pursing the vehicle on Fort Seward Road at speeds of approximately 30 mph. When the vehicle drove up to the intersection of Dyerville Loop Road and Fort Seward Road, it turned south onto Dyerville Loop road. Approximately one half mile later, the vehicle drove off the roadway and down a hillside before crashing into a tree.

The Sheriff’s Office is currently asking for the publics help in locating Ryan Floyd and Honey Walsh who are persons of interest in this case. 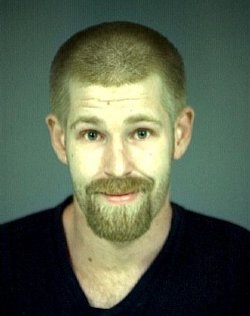 Floyd is described as follows: A white male adult, 30 years old, 5-8, 155 pounds, strawberry blond hair. He currently has a no bail felony warrant for his arrest for being armed while possessing narcotics issued by Humboldt County Superior Court.

Honey Walsh is described as: White Female adult, 29 years old, 5-6, 130 lbs, brown hair, green eyes. She is from the Cave Junction, Oregon area. She has a misdemeanor warrant for her arrest for possession of a controlled substance out of Humboldt County Superior Court.