“Due to the concerns raised, we will be returning the product,” explained Justin Crellin of the Mateel Community Center about a pallet of Ammonia Ammonium Sulfate that the Anderson Valley Advertiser (AVA) in an article today claimed was headed for French’s Camp in the Southern Humboldt area.  (The AVA mistakenly identified the chemical as ammonium phosphate though the photograph accompanying the article showed the correct name.) 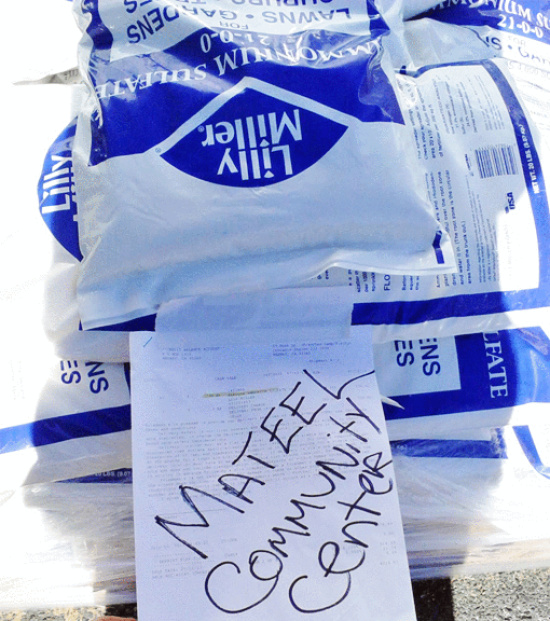 The AVA writes that “we’ve learned that the Mateel is using this “gnarly” brew to make the grass green in the concert bowl smack on the battered Eel River, just in time for their revived Reggae on the River.”

The article raised a small flurry in the community.  Talia Rose, owner of a small business in Garberville posted this otter photo on the Mateel’s Facebook page saying the creatures were photographed earlier playing near French’s Camp and expressing concern about the possible use of chemicals near where the animals might be. 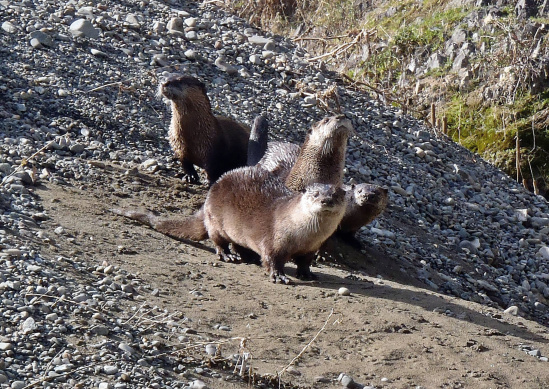 Ammonia Ammonium Sulfate, says Scott Greacon Greacen from Friends of the Eel River, “is a high nitrogen fertilizer. It is not the kind of thing you want near a river especially the South Fork of the Eel River in the summer.”

Jessica Hall, a landscape architect who works with Humboldt Baykeeper, explained, “Ammonia  Ammonium Sulfate is a fertilizer that can contribute to algae blooms in an aquatic environment. There is even evidence that it can impair fish when they are continually subjected to it…[The Mateel] made the right choice not to use it.”

Mateel’s Crellin stated that the community organization hadn’t realized that the product in question was a problem.  He explained that

…since this has been such a dry year and we are so restricted on our water use (out of concern for the environment / river) Friedman Bros recommended this product to green up the grass with minimal water use.  It was explained  that [Ammonium] Sulfate was an FDA approved product that is also used as a food additive.  We should have researched this product more before placing the order, but based on this info our site crew mistakenly thought it was more benign than it turns out to be and when the concern about it came through we immediately made the decision to return the product.

Crellin says that he is glad that the situation was caught and gives “…thanks to the community!”