« Letter from Istanbul: The Funniest Joke I Never Understood

Film on the North Coast—Free Showings »

LoCO on the Pot: Deps Down!

If you know even just a smidgeon about weed, you probably know there are indoor and outdoor growing methods. There is, however, a lesser known, yet pervasive, method employed by rural growers known as “light deprivation” or “depping.” And guess what… Growers are harvesting dep crops right now.

A bit of background for the laypeople (pardon us, weed-wizards):

Consider full-sun outdoor weed crops for perspective: This past June, plants got about 15 hours of daylight (that’s vegetative growth). By October, the plants will be getting about 11 hours of daylight — the cannabis will be flowering, and harvest time is near.

Light depping is all about manipulating the light supply to force flowering. With access to sunlight and the right equipment, rural growers can use this technique to harvest pounds at regular intervals throughout the summer.

Kevin Jodrey, cultivation director at Garberville Grass, helped OTP understand why the deps phenomenon is a big deal in the Emerald Triangle:

OTP: So, light deprivation is all about light manipulation.

KJ: Light deprivation just means restricting the light that a plant receives naturally — you run flowering cycles not in the normal flowering season. Dep farmers can use tarps to cover plants, and they might use supplemental lights too.

OTP: When do most growers start their dep crops?

KJ: Dep farmers typically start in May. They might have to supplementally light or warm the hoop, but the process begins in May.

OTP: By “hoop” you mean greenhouse?

KJ: “Hoop” just means a simple hut that the farmer can cover with a tarp. It typically implies that someone made their own structure. Greenhouse implies more commercial. 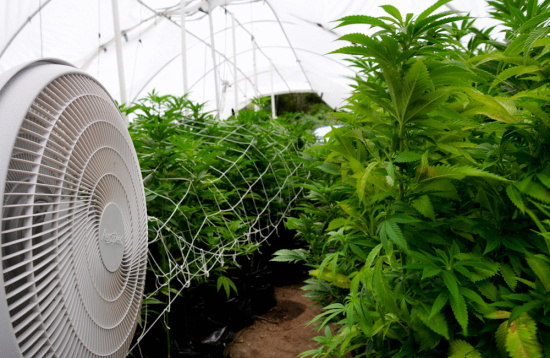 A structure that can be covered to block out sunlight.

OTP: Why do deppers start in May?

KJ: It’s difficult to get enough daylight in February and March, April-ish. The daylight’s just not there, so deppers wait a bit longer.

If you have a more commercial greenhouse, you can run right through the winter, but that is running generators, that’s running full supplemental light, that’s with electric, gas, everything — there’s a lot more infrastructure required. You have to be a higher-level individual.

But that is not the average dep person.

The thing with putting up a hoop — it’s as easy as bending some PVC pipe and staking it to the ground and covering it with a tarp. That’s dep.

Greenhouse is another animal. It’s a whole other type of concept. They’re similar, but different. But they’re definitely not interchangeable.

OTP: Is it safe to say that the average dep crop takes about two and a half months?

Dep farmers control the light period. Cannabis is a photoperiod dependent plant — its flowering cycle is initiated by a specific amount of light. Once that critical light period is reached, there’s then a set maturation time. It’s pretty much similar to indoor like that.

OTP: That’s what I understand. So, if the first deps are coming down now, then growers have time to do another dep run before the fall outdoor harvest?

KJ: If you’re a typical a dep farmer, you run more than one dep. The thing with the dep crops is that you get less than the big outdoor harvest, but you can do dep crops multiple times. 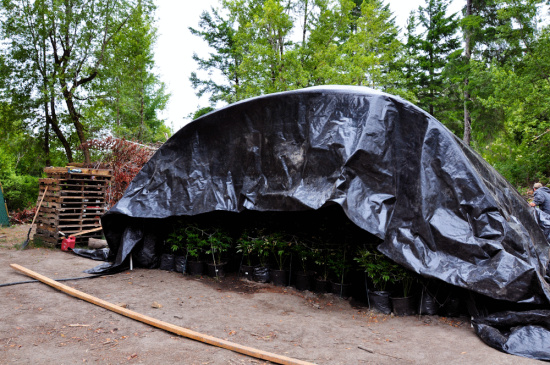 A dep farmer covers the plants with a tarp.

OTP: For the average depper, how many dep crops are grown in a season?

One run every two and a half months. And then again…

But it just depends on your situation. You’re farming, and all farmers work off the environment. Now, if you have the high-level situation with the complete greenhouse, you’re not as affected because you can add enough light and heat, but if you don’t have those resources, you can’t, so you don’t.

KJ: The reason why they did dep originally was because people were getting the shit kicked out of them every November. The glut was so big, that no one could handle it.

OTP: So, it’s staggers the supply?

KJ: It staggers the supply as a function, but the reason people do it is to get herb out when they can make sales — if you can move pot in August and September, you can get high prices. You can get a far better margin.

Sales of cannabis kick ass in September, and it’s a direct result of the glut in November. People need to move their product and have money to function. 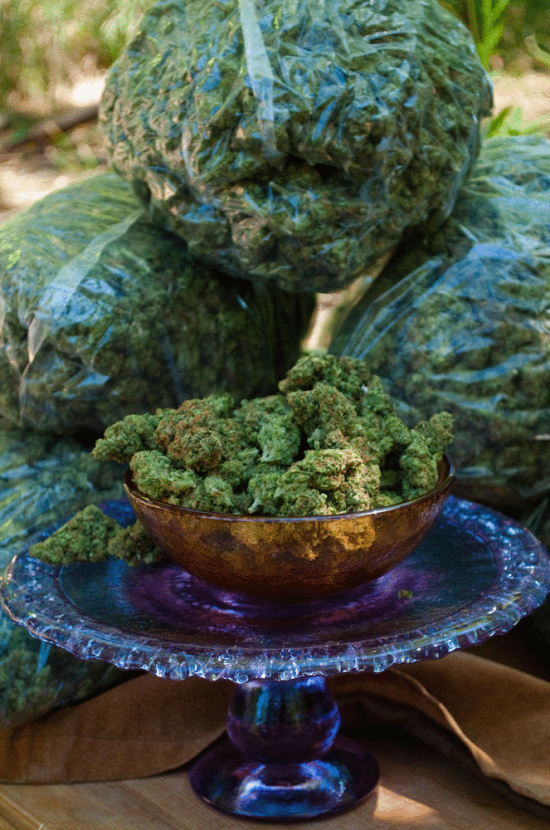 OTP: So, deps help growers cope with the market saturation at the end of the outdoor season.

KJ: The price war, yeah. When the real outdoor drops, it doesn’t make a difference if you have indoor, deps, greenhouse, or outdoor. You’re competing against California as a market.

And if you have any idea of the size of that market — get ready.

That’s where deps came in. Growers can make money in the middle of summer when the opportunity is present — it’s a survival technique.

OTP: Will this be a big year for dep crops?

KJ: Huge. Every year, bigger. Everybody is doing it. The bottom line is you can never get enough cannabis in the month of August and September. Come summer time, prices explode

Our cannabis world is changing, so the growers of our region are actively trying to survive. They must catch that window. Prices went down so far that… it’s a job.

When the industry changes again, dep might be something that’s cut out. But right now it is the dominant force in the game.