« Fatal Pedestrian vs. Vehicle Accident in Eureka on Saturday 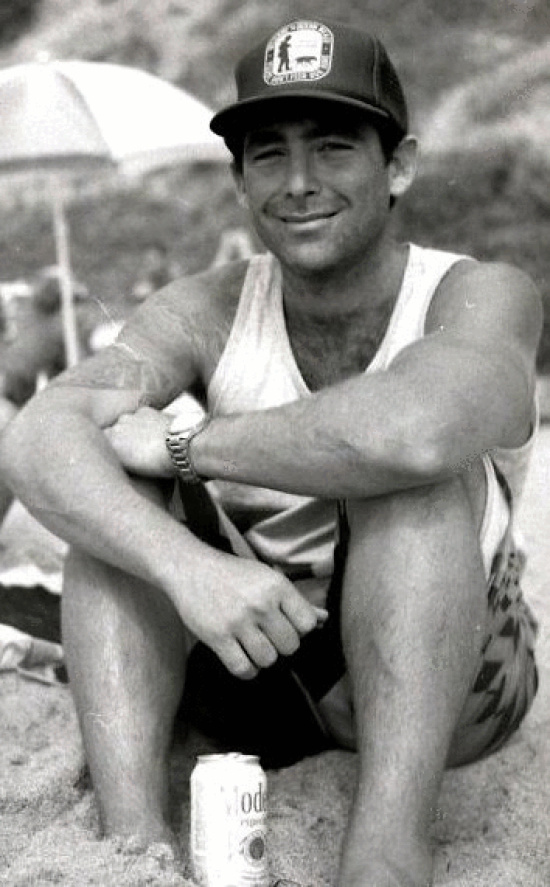 When Garret Rodriguez drove north from Ocean Beach in late December 2012, he sat behind the wheel of his newly purchased 1998 Dodge Ram four-wheel drive pickup. He and two friends had left their marijuana growing operation in Humboldt to visit the neighborhood in San Diego that he had lived in for many years.  Now, he was headed back to Rancho Sequoia, a rural subdivision near the tiny hamlet of Alderpoint in southeastern Humboldt County. The area has a reputation for violence and is sometimes known as Murder Mountain. (See why below.)

As Rodriguez headed back to the Emerald Triangle after the holidays, he called a friend, Katrina LeBlanc, to ask her to visit him there. She explained, “He wanted a big group of us to come up for New Year’s Eve.”

He called, LeBlanc said, from a 707 number, so she knows he made it back to Humboldt. Another friend, Bill Macpherson, remembers a phone call in January. He believes Rodriguez was calling from Humboldt also. These calls were normal for Rodriguez who kept in touch frequently, LeBlanc says.  She also says, however, that he warned his friends that he wouldn’t be able to call again soon because cell service was spotty in the hills where he was.

LeBlanc was close with Rodriguez.  In fact, he had spent Christmas Day with her.  He had showed up in the morning to help put out toys for her two year old. LeBlanc says, “The last place he was seen [by family and friends] was at my house at Christmas. He came over so early and helped up set up all the gifts from Santa for my little girl.”  She paused and added, “She loves her uncle Gar Gar. That has been one of my hardest things has been her asking about him.”

Rodriguez had been at LeBlanc’s house on Christmas Eve also. She recalled, “He brought little gifts the night before. He was basically our adult Santa… .” 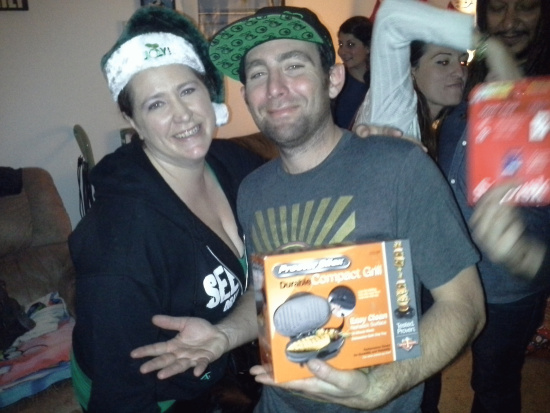 Late on Christmas Day or in the wee hours of the 26th, LeBlanc walked Rodriguez down to his truck to say goodbye. It would be the last time she saw him.

By April, Rodriguez’s friends began comparing notes.  None of them had heard from him since at least January. This was very unusual, said his mother, Pamela Mcginnis. “It is really out of character for him not to contact someone. He was really social…He always had contact with his friends.  The people who have known Garret for years know that he would have to have contact with the people he cares about.”

As friends and family ascertained that Rodriguez hadn’t been in touch with anyone since late December or maybe January, their concerns grew. By the end of April, Rodriguez’s father reported him missing.

Through the cooperation of both public investigators and private investigators hired by the family, Rodriguez’s truck was found in late May. Mcginnis explained, “Someone called in where the truck was located on private property in a remote area… The truck was found about 20 miles from where he worked… .” It took awhile to verify that this was Rodriguez’s truck but since the family had the vin number as well as the license plate, they were able to confirm it was his.  The truck wasn’t running and the person who left the vehicle there is out of the area and difficult to find, said Mcginnis.

“The family,” she explained, “whose property it is on have been extremely cooperative.”  However, the person who left the truck there is out of the area.

Private investigators from Humboldt County’s Cook and Associates are attempting to find the person who left it. Mcginnis pointed out, “It would be nice to know how [the person] came by the truck and when they came by it… .”

Though his mother said the vehicle was clean, Chris Cook, the lead private investigator explained, “It wasn’t like it was detailed out. There was crap in the back.” Which may, she said, hold some information. But, she says, “There were no obvious signs of foul play.” 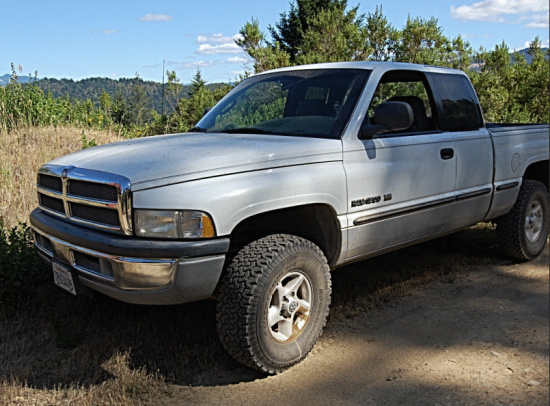 Photo of Rodriguez’s truck taken by Cook and Associates in mid June.

On a late June day, Chris Cook has been in town for hours trying to meet up with someone who might have information about the disappearance of Rodriguez. No luck. Now she’s sipping water in a coffee shop. She doesn’t have much hope Rodriguez will be found alive.

She leans forward and explains seriously, “Garret was in Humboldt before New Year’s Eve….[But] he wasn’t here very long before he disappeared.” Not long after Rodriguez got back, she believes, he called LeBlanc from Humboldt. He also might have called another friend mentioned above a week or two later. Cook has been checking around in Humboldt and asking questions.  She shakes her head noting, “No one has seen him since early January.  I am 100% convinced that this is not a situation where someone is hiding out because [Rodriguez] had too many people that he trusted not to contact someone.”

When asked, Cook admits, “Is he alive?  Probably not….I really want people to know that if you are coming up here, you could be taking your life in your hands.”

She says she has been trying to find out what happened to Rodriguez since mid-May.  She just met with a detective from the Humboldt County Sheriff’s Office.  Cook, whose husband was a sergeant with the force, reports that the local sheriff’s department is taking the case seriously and is working with her to solve it.

The Humboldt County detectives working on the case did not respond to requests for an interview. The department public information officer stated that the place where Rodriguez was last seen is uncertain. He is considered a high-risk missing person, however, and detectives are assigned to the case and following up leads as they develop.

The cost of paying for a private investigator has been hard for the family and friends of Rodriguez are stepping in to help.  LeBlanc says that the fundraiser will be Sunday, July 21st at Collier Park in Ocean Beach. “We’re trying to raise some money for his mom to help continue the investigation.  He was really well known.  I’ve gotten three bands who will donate their time…We’re having t-shirts made for Garret…”  The money raised will go to help pay for the investigation. [People can also donate online here.] 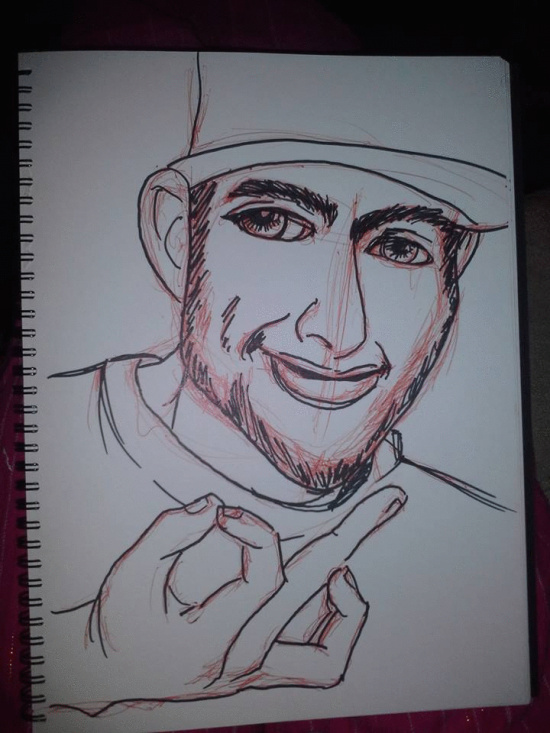 Sketch drawn of Rodriguez which will be put on t-shirts and sold to raise money to fund the investigation into his disappearance. Artist: Adrianne Boudway.

In addition LeBlanc hopes that getting Rodriguez’s friends together will help put together the pieces of that last visit Rodriguez made with his two Humboldt partners to the San Diego area.  She notes, “Everybody’s got a story.  Maybe we can iron out and get some more accurate information.”

His friends have also set up a Facebook page for information to be shared among themselves. Mcginnis has been impressed with his friends’ passion. “Early on when they first set up this Facebook page,” she explained, “I was told that people would stop going after about a week. Garrett is so loved and missed that this is still active.  A lot of his friends are not going to give up until he is found.  I don’t think people realize how tenacious his friends are in Ocean Beach. They aren’t going to let this rest.”

She sighs, “It’s been difficult.  There isn’t a day that goes by that I don’t cry. Sometimes it is because of comments people send me or post on the site.”  She says one of the hardest parts is that the family just doesn’t know what happened.

The family has arranged for new posters to be placed at local garden stores and other community gathering places.  A phone number to contact the private investigators with information has been provided: (707) 839-7422. 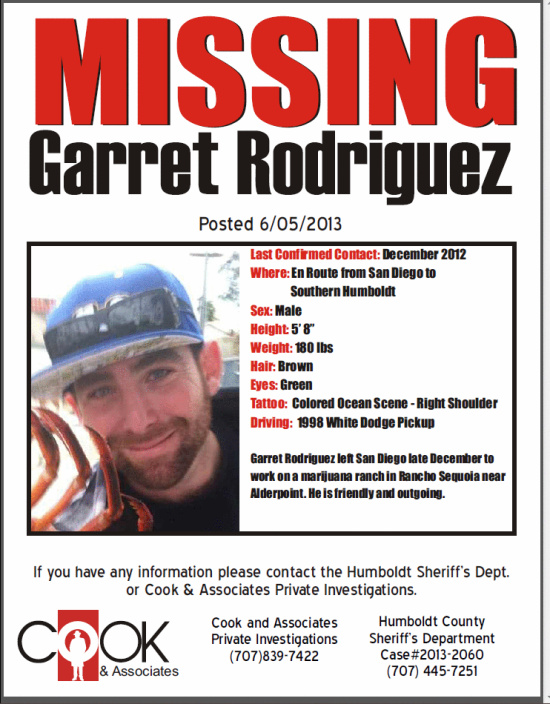 Around 1968, the land which came to be known as Rancho Sequoia was subdivided in response to the proposed Yellow Jacket Dam. (Eureka Time Standard 1/29/68)  The dam never materialized.  The land was eventually subdivided into relatively small lots—many just 10 acres. The area soon became home to many people who came from out of the area to own their piece of paradise.

Like much of Southern Humboldt during the late Seventies and early Eighties, the area became known as a place for growing marijuana.  Numerous raids were held in the subdivision over the years. Here’s one described from the point of view of people living there.  Here’s a CAMP report (scroll to page 18.)

The name Murder Mountain probably came in response to a 1982 murder. There are also rumored to be other disappearances related to the area but below are three of the most well-known stories.

Clark Stephens, age 26, was murdered by Michael and Suzane Carson, on the 17th of May, 1982.  The couple were serial killers who were convicted of three deaths but suspected of more. A book, Cry for War, was written about the lethal twosome. Here’s an excerpt about the murder from a contemporary newspaper.

Stephens, who allegedly worked on a marijuana farm near Garberville with the Carsons, was slain near the town of Alderpoint, Mrs. Carson said he was “a demon. He had to be killed.”

Carson said he shot Stephens twice in the head and once in the side and then burned the body and buried it beneath some chicken fertilizer.

Another man missing and presumably dead in the area is Bobby Tennison.  He was known locally as Builder Bob.  He came frequently to Southern Humboldt.  Reportedly he went to the Rancho Sequoia area to get paid for a construction job. He has not been seen since January 2009. See photos  of Tennison below. 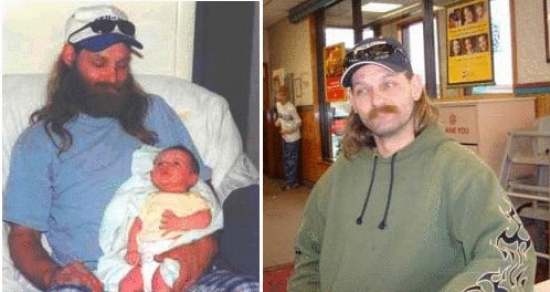 Interesting note: Just across the valley from Rancho Sequoia is the location of another famous death.  Dirk Dickenson was killed while running from law enforcement in 1972.