« Hodgson on Supes: “The Most Disappointing Panel That I’ve Ever Seen”

Your Congressman Will Limit Himself to $4.50 Per Day For Food Next Week

Atta, Huff! Press release from the office of Jared Huffman: 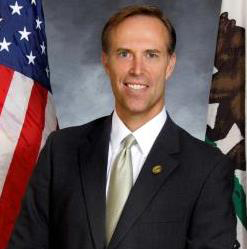 Congressman Jared Huffman (D-San Rafael) will take the SNAP Challenge next week, limiting himself to $4.50 per day for food, the average daily benefit for a recipient of the Supplemental Nutrition Assistance Program (SNAP), formerly known as “food stamps.” This coincides with consideration of the House Farm Bill, authored by Chairman Frank Lucas (R-OK) which cuts $20 billion from SNAP. This bill will eliminate food assistance to nearly two million low-income Americans, and shuts 210,000 children out of free or reduced-cost school meals. Huffman will participate in the SNAP challenge for five days, starting Monday, June 17 and will keep a record on Twitter and Facebook.

“SNAP is a lifeline for millions of Americans families who cannot afford to eat without this modest assistance. That’s why the proposal by House Republican Leadership to slash funding for SNAP is so unconscionable,” Congressman Huffman said. “We need Congress to understand what these cruel austerity measures mean on a personal level rather than a generic statistical sample, which is why I’m taking the SNAP Challenge next week and learning what it means to live off of the average SNAP recipient’s $4.50 a day.”

A provision in the bill would cause many working households to lose all their SNAP benefits merely because they own a car. For many families on the North Coast, a car isn’t a luxury—it’s a necessity for families who commute to work.

According to the Center on Budget and Policy Priorities, nearly 95 percent of federal SNAP spending goes directly to families to buy food. The remaining funding goes toward administrative costs, including reviews to determine that applicants are eligible, monitoring of retailers that accept SNAP, and anti-fraud activities.