« You Will Never Guess Who Is Giving HSU’s Commencement

The Battle for the Little Lake Valley: Debating the Willits Bypass, Pros and Cons (Part I of III) » 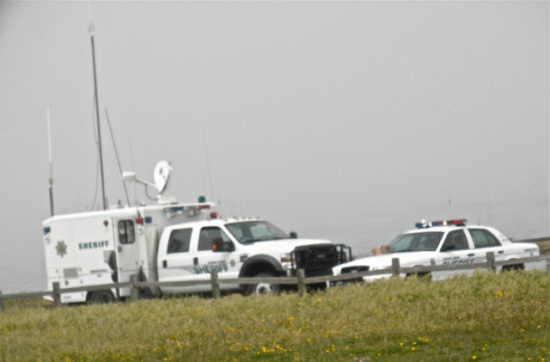 The search for Shane Franklin Miller continues today (05-13-2013). Search efforts continue in the King Range National Conservation Area by SWAT members from several law enforcement agencies. The area where Miller’s vehicle was located was searched extensively over the weekend with no information gathered to direct law enforcement to a specific area. The Mendocino Sheriff’s Office has dedicated a 12 member SWAT Team to assist for the search of Miller, who arrived early this morning. SWAT members will continue to search the King Range Conservation Area by foot with the assistance of air assets (helicopters) from the California Highway Patrol and the Kern County Sheriff’s Office. Ground search efforts will also be expanded today to include door to door residential searches. Enforcement actions during these door to door searches are limited to the apprehension of the triple homicide suspect, Shane Miller.

A second Community Meeting is scheduled at the Honeydew School on Wednesday May 15, 2013 at 5:00 PM.

Anyone who witnesses any suspicious behavior or anything that appears to be out of the ordinary, is encouraged to call the Humboldt County Sheriff’s Office at 707-445-7251, or 911 in an emergency.

The King Range remains closed to the public, a temporary closure instituted by the Bureau of Land Management, until further notice.