Eureka Business Busted For Selling Alcohol to a Decoy Minor »

The Battle for the Little Lake Valley: Debating the Willits Bypass, Pros and Cons (Part I of III) 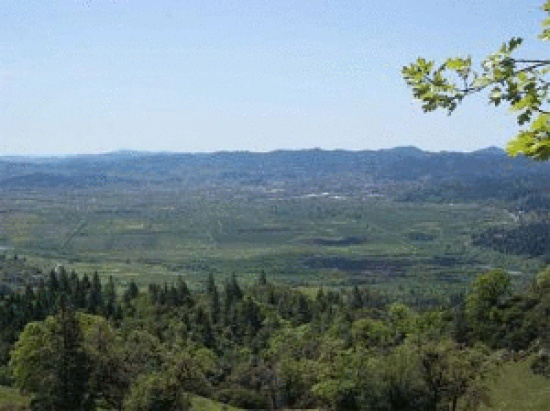 Picture of the Little Lake Valley provided by Caltrans

While every effort was made to ensure this story is unbiased (both sides had the opportunity to rebut the other side) it should be noted that reporter Kym Kemp’s father and grandfather worked for Caltrans and she is married to a Caltrans project manager.

For over forty years, various ways of rerouting Hwy 101 in order to bypass Willits have been discussed. But the logistics of getting a variety of parties on the same page has kept that from happening. Recently, though, equipment and crews have begun work, and with that work has come controversy. There are two main camps: Those who want the Willits Bypass built as a four-lane road through the Little Lake Valley to the east of the town and those who want something else — though they don’t necessarily agree on what should be done instead.

The valley itself is beautiful and home to the rare and exquisite Baker’s meadow foam, and also the threatened North Coast Semiphore grass. Small creeks that provide access to nurseries for Coho, Chinook and steelhead meander through areas that may contain Native American archeological sites. 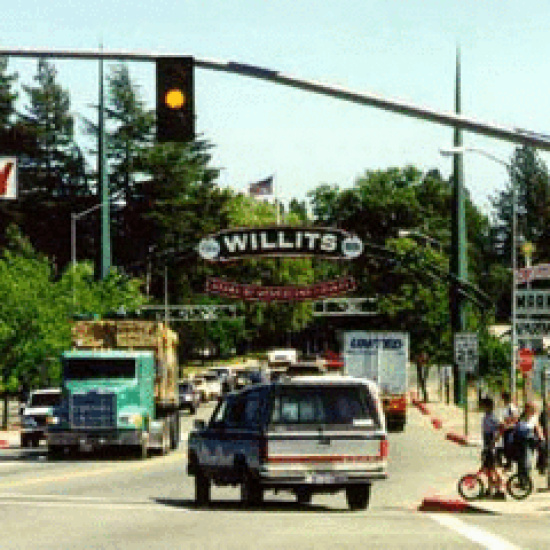 Willits at the Hwy 20 intersection with Hwy 101. Photo provided by Caltrans

On the other hand, the area is a bottleneck to traffic that must pass through multiple stoplights. Cars and semis thread over the busy streets of downtown Willits. This impacts the residents of the town. Having traffic from a major roadway on their town’s streets makes it hard to travel and makes walking and shopping less friendly. Also, stop-and-go traffic arguably releases more pollution which affects air quality for the residents.

The rhetoric can be hot and emotions run high on both sides, so the Lost Coast Outpost decided to offer a unique, in-depth look at the situation. We interviewed parties from both sides. We reviewed papers and articles from both sides. Then we boiled down the positions and discussed possible quotes with representatives of each side. We gave these representatives the opportunity to read and rebut the other side’s positions. The Lost Coast Outpost interviewed multiple parties, but the principal people quoted are Ellen and David Drell from the Willits Environmental Center, Gary Hughes from EPIC, Caltrans Biologist Chris Collison and Phil Frisbie, a Caltrans spokesman.

This is a big project with complex issues. There is no way to completely address all issues in one news article. Instead, the Lost Coast Outpost will quickly review the major issues today. Then, on day two and three of our series, we’ll go into more depth about the different arguments for and against the project. (Though in no way covering all the myriad details.)

Boiled-Down Points AGAINST the bypass:

Boiled Down Points FOR the bypass:

Description of the project by Caltrans:

The project entails construction of a new four-lane segment of US 101. The new segment will be 5.6 miles long, beginning two miles south of Willits and ending one mile north of Willits.

Construction of the bypass will affect the following sensitive biological resources:

• Jurisdictional wetlands and other waters of the United States.

The bypass does not address traffic which is attempting to access Hwy 20. Travelers on Hwy 20, which goes out to the coast, will still pass through the southern portion of Willits and turn left across from the Safeway as they do now.