« CROWN DOWN: Rutabaga Queen Loses Her Crown in Humboldt Bay 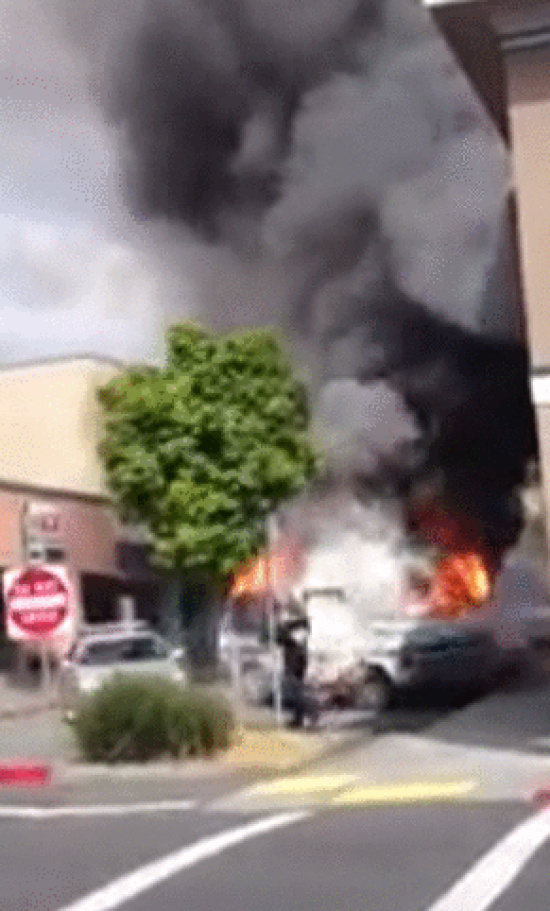 Screen grab from video showing car pulling out and a person fighting the fire.

Earlier this afternoon, a van in Arcata erupted into flames according to a woman whose Facebook identity is Violet Madrone. Madrone left the following video on LoCO’s Facebook page explaining that she stopped to buy tofu sticks when she “saw a Van explode on the Arcata Plaza.”

The video shows a van on fire as a car parked next to it barely escapes being damaged.  Meanwhile, one person tries to put out the fire with an extinguisher to no avail.

According to Channel 3 News, the cause is still under investigation.

LoCO has been unable to reach Madrone and make arrangements for the video to be sent to us so some of you may be unable to see the dramatic footage as the privacy settings of Facebook may not allow you access.