BOYFIGHT II: The Rise of McGuire!!! » 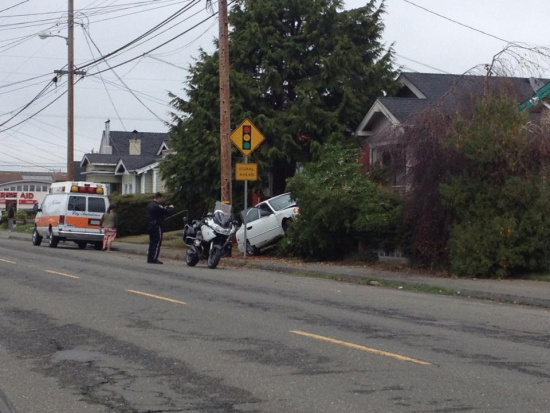 A reader sends us this photo of a crash on E Street between Harris and Hodgson that took place this morning. She says that the driver of the vehicle was still in the car with airbags deployed when she first walked by; a few moments later the ambulance was gone.

UPDATE: News Channel 3 reports that the crash was the result of a hit-and-run driver crashing into the white car.