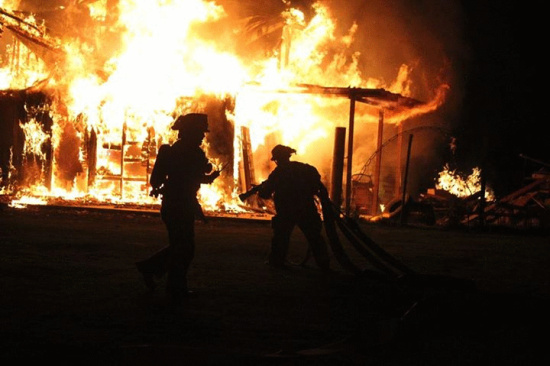 Arcata Fire District engines were dispatched to a barn fire at 1:18 this morning. Engine 8217 responded out of the McKinleyville Fire Station and found the barn, located on Warner Avenue, fully involved with fire threatening to spread to other buildings. The crew of Engine 8217 established a water supply from the hydrant with a large diameter hose line and began controlling the fire. Firefighters from Fieldbrook Fire were also at scene and worked with the Arcata personnel to control the blaze. 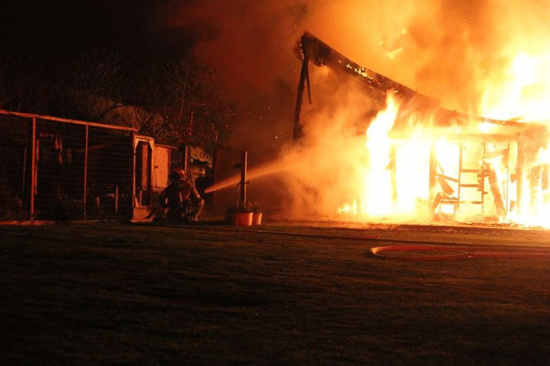 According to Fire Chief Desmond Cowan, “Captain Jon Busher, the company officer on 8217, did a great job of communicating what he was doing and giving instructions to the incoming units. He also had personnel from other engines use a 1000 gallon per minute deck gun along with a 2 1/5 inch hand line and two 1 3/4 inch hand lines. Those decisions allowed firefighters to quickly control the fire and keep it from spreading to the other buildings nearby.” The fire was controlled in about 20 minutes and firefighters remained at the scene until around 5:00 a.m.

The owner of the barn said that she woke up when she heard loud popping out in the yard and she saw the upper part of the barn on fire. Fire rapidly spread through the entire wooden structure. No estimate of damage is available and the fire remains under investigation. There were no injuries to residents or firefighters.  Humboldt Bay Fire provided a standby engine to assist with covering any additional emergencies. 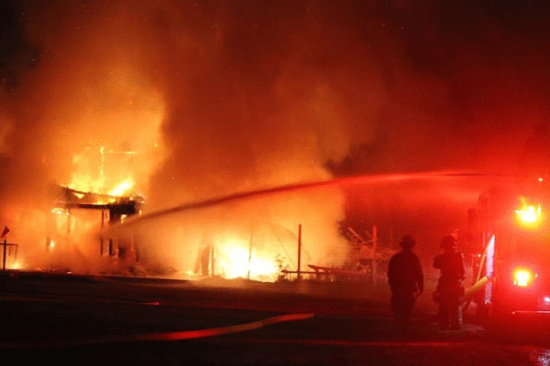