Gallegos Will Not Seek Fourth Term »

Oh, God. While no one sent us any Guy Fieri shots today, LoCO amigo extremo Angie Schwab did bless us with this shot of First District supervisor Rex Bohn and Ferndale resident Richard Leonardi tooling around in his Camaro. 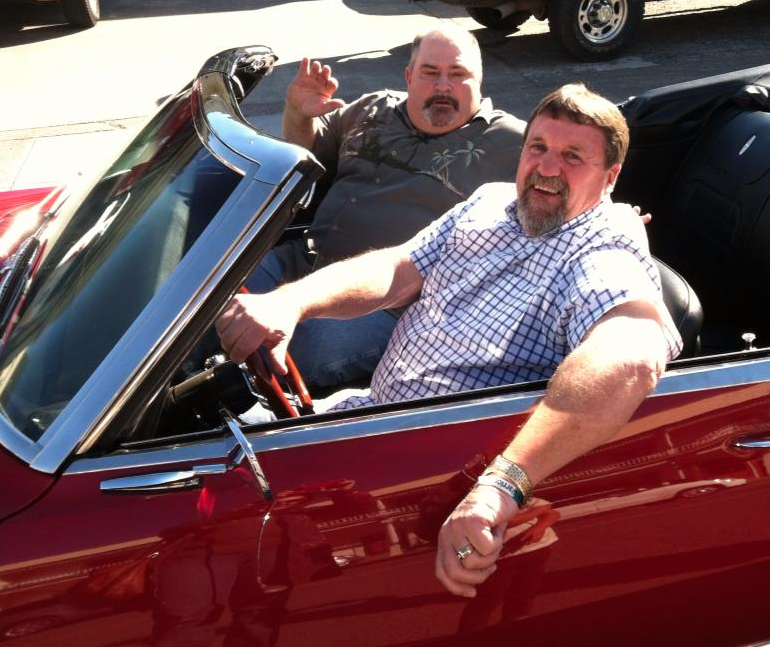 Exodus 20:8: “Remember the Sabbath day, to keep it holy.” There will be no Guy hunting today. 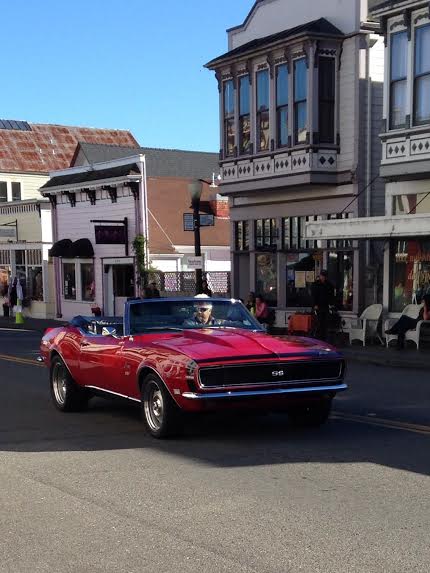 The King of the Cream City returneth! Several LoCO superfriends sent in some glory shots of Guy Fieri doing victory laps up and down Ferndale’s Main Street in a shiny red convertible. (Thank you to scoop photographers Jessica Collins and Amy Weed for the pics.) 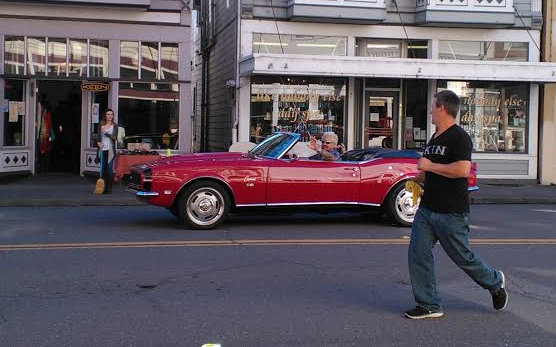 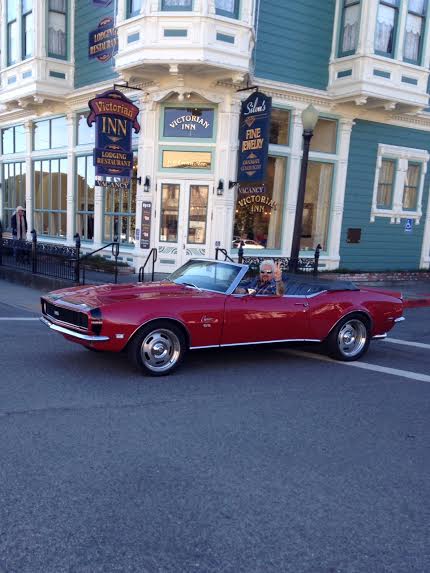 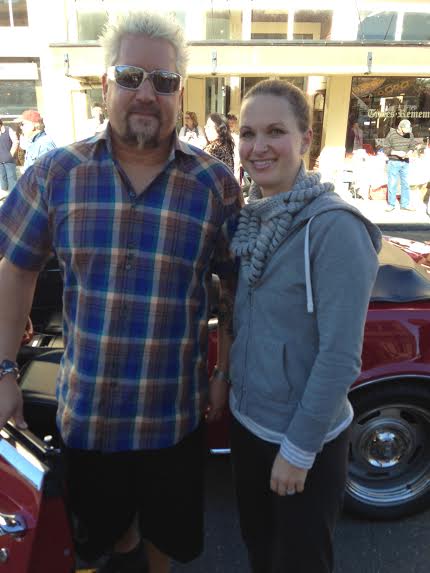 Guy is laying low/we had other stuff to do. We apologize for your Guy-less day.

Man, you guys really phoned in your no-pay job yesterday, didn’t you?

Well, here’s your day two update anyway. Your Lost Coast Outpost walked by Fieri’s crew at Cafe Nooner in Old Town as we pursued our morning coffee. So there’s that. But most importantly (to someone) we have our first Fieri in the wild picture courtesy of LoCO superfriend/nature photog David S Wallaker who spotted the spiky beast flashing a peace sign at not-a-restaurant Pierson’s. Well! Rest assured that America will now know Eureka has a REALLY BIG HAMMER.

(Wait. Is it still a peace sign if it’s backward? Oh, who cares? Just look at Guy.) 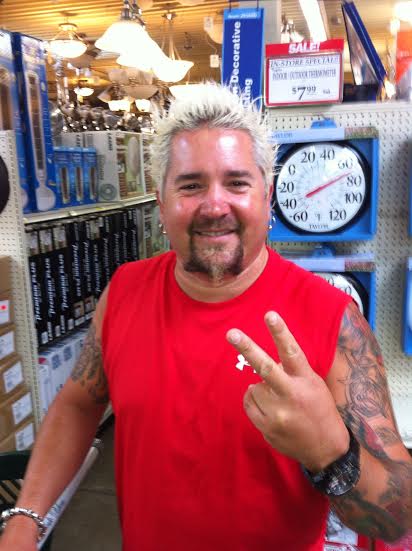 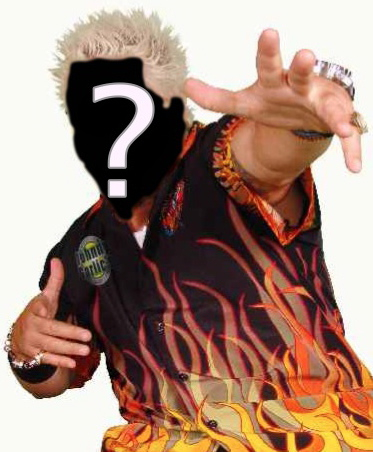 The Fieri has landed.

If you weren’t already aware, foodie celebrity and Humboldt native Guy Fieri is going to be filming locally for his show Diners, Drive-Ins and Dives over the next few days. And now we’ve had our first sighting: The new, streamlined NCJ spotted Guy’s crew at Paul’s Live From New York in Eureka — “It’s a little bit of the East Coast on the West Coast,” says Fieri — the first of several mystery locations he’ll allegedly grace.

Well, let’s get dumb. Something your Lost Coast Outpost has noticed, folks get pretty excited when famous people slip behind the redwood curtain. Thus, we are putting out the word to the LoCO Army: send us frosty-tipped pictures of Guy Fieri existing in HumCo local in exchange for karmic blessings. Bonus points if he is eating, since that’s kinda his thing.

The hunt is on. Hit us at lostcoastoutpost@gmail.com. Go forth.