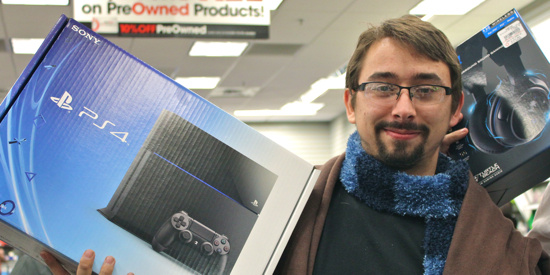 How did he consume better than you? Well, when the GameStop in the Bayshore Mall opened its doors at midnight to accept the excited, lengthy, snake-like line of elite gamers hoping to feast on the fresh (but limited) shipment of new PlayStation 4s, Michael was first in line, mofos. Sure, there were also Xbox Ones — this holiday season’s competing “I need” — but Michael, as well as most of the crowd, seemed to be Team PS4. Take note, industry watchers! 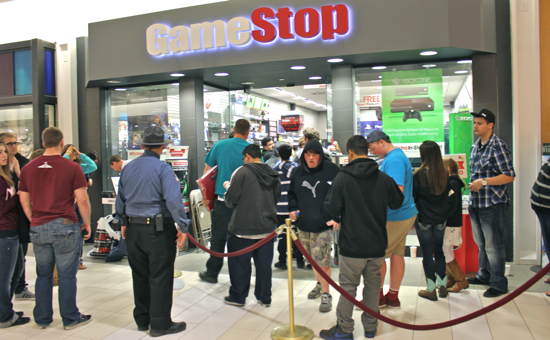 You’ve heard it said good things come to those who wait, right? Well our hero tested that theory right here in Humboldt waiting over seven hours outside locked doors to ensure his place in the history books. In the end his perseverance paid off as he snatched up one of the near 20 consoles Game Stop had in stock, an amount far less than the demand. Cliché validated.

While the PS4 itself costs roughly $430 after tax, Michael and his associate Robert Barnett estimate that between the two of them they will have invested over $5,000 into their impending gamer coma. That figure includes new 3D TVs, special PS4 Headsets, games, controllers and, well, some other accessories I didn’t understand.

Seeing as it was now after midnight when his transaction was completed, LoCO asked Michael if he planned to get in a good eight before he wore his thumbs down to bloody, lifeless nubs.

“What’s sleep?” he replied to our not-shock. See you midnight shoppers again next year! 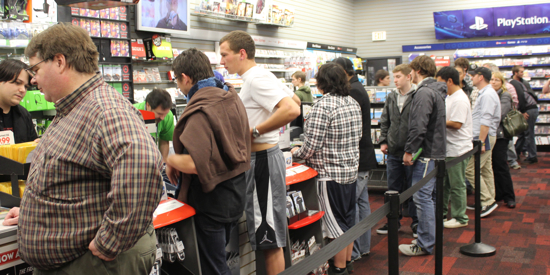 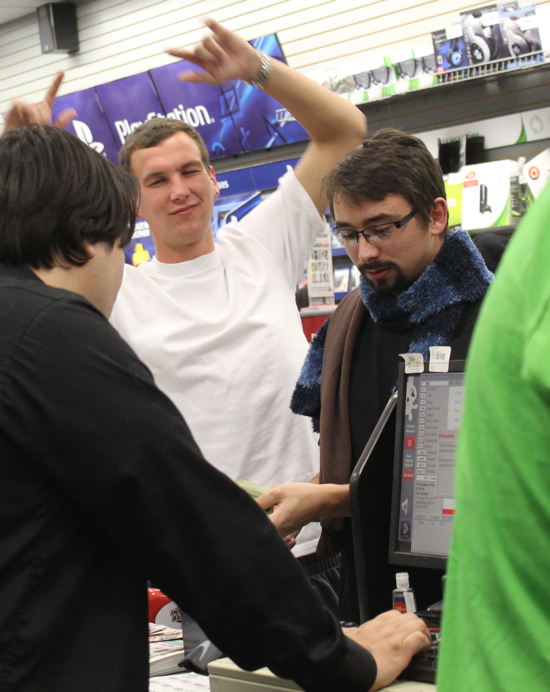 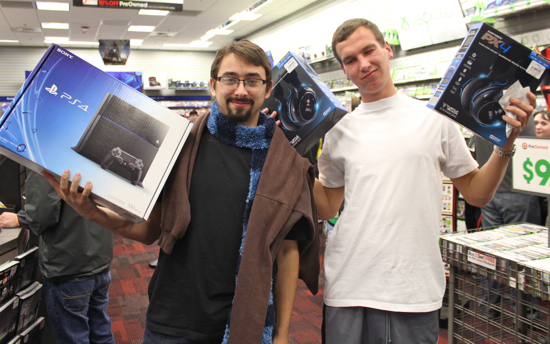